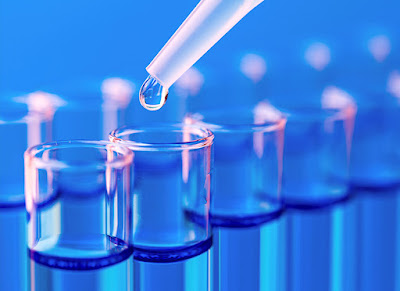 The latest refinement in gene editing tools is nucleic acid editing: this alters a single pair of the many nucleic acids which make up the double strand of DNA*, and promises deft improvements in crop and livestock genomes.

* Nucleic acids are the 'NA' in DNA, and are the building blocks of the DNA chain

The technique is being promoted as precise, and safer, than old-fashioned GM.  In fact, the debate often stresses that nucleic acid editing is no different from random DNA variation believed to happen all the time in Nature.  One expert in the genetics of flowering plants claims "This is a tool that creates what nature could create on its own but just never got around (to) or had the opportunity to create".  Such engineered changes in genes should, therefore, "be seen as naturally occurring processes".


These views have been described by one review author, who has worked with gene editing in the laboratory, as "too simplistic in regard to both natural biological processes and the real potential of genome editing".  She points out, that plants have evolved cellular mechanisms which "stop the progression of the cell cycle where DNA damage is sensed, and also activate repair mechanisms to protect distinct areas of the genome and to sustain genome integrity".  Put another way, variations arising in DNA "cannot be considered to be purely random" because they are the changes the cell didn't correct, and not because it can't.
Gene editing mechanisms are very unnatural.  They bypass natural limitations on what DNA changes remain uncorrected, including vital sections of the genome highly protected by the cell.

This latest gene-editing tool of choice borrows heavily from bacterial CRISPR-Cas9 mechanisms for eliminating viral infections [1].  A specially-synthesized guide RNA* attaches to a precise sequence of DNA linked to an adapted (or even entirely synthetic) enzyme which converts the undesirable nucleic acid into the desired one.  The guide tool has a second adapted enzyme which cuts one side of the DNA ladder, activating the cell's own repair mechanism which then changes the new nucleic acid's partner to fit it.  Vectors used to ferry this guide-enzyme gene editing complex into the cell include pathogenic bacteria and viruses.  This process is unnatural from start to finish.

* RNA is also a chain of nucleic acids complementary to DNA


The assumption of 'precision' comes from software surveys of the plant's DNA showing a lack of nucleic acid sequences elsewhere in the genome which the guide RNA might latch onto by mistake.  However, evidence from real-life gene edited rice has shown that this type of survey is a poor predictor of actual guide RNA target sites.  In fact, some gene editors induced "substantial genome-wide off-target mutations".


Part of the problem is that gene-editing 'precision' is based on a concept of DNA as a neat, fixed, double, chain of paired nucleic acids which the RNA-guide with its enzymes in tow can go to work on.  Real-life DNA is highly dynamic, with chains which move apart when actively generating proteins and may form all manner of loops and bulges [2].  This provides a huge scope for the RNA guide to grab hold of a passing section of single-stranded DNA which in fact doesn't have to be a perfect match to the guide.*

*Bearing in mind that CRISPR-Cas9 evolved to deal with fast-changing viral infections, this fluidity is hardly surprising.


Scientists in the field express confidence they can redesign their gene editors to eliminate off-target editing, but in the context of dynamic DNA, is it possible to do this without compromising the healthy functioning of the DNA?


Nucleic acid editors have been thought to be safer than older gene-editing techniques because they don't actually cut both strands of DNA whose disconnected ends are prone to all sorts of mutations when they re-connected.  However, there's a worrying trend of trivialising off-target edits as being 'relatively rare', involving only one in the many millions of nucleic acids in the genome.  A gene consists of a sequence of thousands of nucleic acids, but changing a single nucleic acid can result in fundamental alterations in the structure and function of the protein it codes for.  (After all, that's why biotech scientists want to edit the gene in this way in the first place!)  Off-target nucleic acid changes could, all too easily, generate novel toxins and allergens.


In plants, there are often many repeat copies of genes in the genome, and plants with multiple sets of chromosomes ('polyploidy') are common.  Gene editors will alter all these genes, with the possibility of a magnified outcome and magnified problems.  This could never happen in nature.

Most science on gene editing is aimed at humans, promising deft repairs for genetic diseases.  So, as the creators of nucleic acid editing say, "It is necessary to rigorously put the (gene) editors through their paces"" and "The community needs ... worst-case scenario pressure tests so we can make sure there's a good margin of safety when these agents do enter clinical trials".

Off -target, and even on-target, gene-editing is clearly unnatural and, equally clearly, has food safety implications.

We need that same 'good margin of safety' and clinical trials before we eat gene-edited organisms too.  Keep asking for it.