'Knocking-out' a gene creates a new one 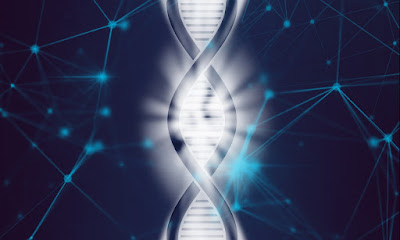 Long-held concerns that forcing artificial DNA changes into a crop plant will generate toxins and allergens in our food now seem more real than ever.

The latest GM trick is gene editing, a range of techniques designed to make small changes in existing genes which alter their function or destroy their function completely. Because they have homing devices which target specific sites in the genome and because the DNA alterations they induce are minimal, gene editors are considered to have little potential for unexpected side-effects. They are, therefore, promoted as precise and safer.


The most elegant, powerful and promising genome editing toolset is based on a bacterial virus-defence system. It consists of a 'CRISPR-plus-guide' homing device linked to an enzyme (most commonly 'Cas9') which cuts the DNA chain to enable the edit [1]. CRISPR is versatile, simple, fast and cheap.

As biotech scientists churn out CRISPR'd GMOs, their focus is on the precision of the intended changes. The tedious task of hunting through the genome for off-target edits, and checking up on what else might have happened as a consequence of that 'precise' edit aren't getting much attention.

A major use of CRISPR has been to 'knock out' (disable) inconvenient genes. For example, knocking out a gene determining flowering or fruit ripening can be used to speed up or delay the process, or a gene whose action renders a plant susceptible to bacterial or fungal pathogens can be knocked out to help disease resistance.

GM-free Scotland readers might remember CRISPR muscle-man who tried to grow big muscles by knocking out a gene in himself which limits muscle growth [2].

What the knock-out process involves is a CRISPR designed to home in on the offending gene, and cut it. The organism (such as a crop plant) naturally repairs the break, but often imperfectly. The imperfection may be a deletion, an insertion or a substitution of a tiny section of the DNA, but the change will destroy the gene's ability to generate the unwanted protein.

If this sounds too simple to be true, that may be because genetic engineers have a habit of mixing up the model (simple) with the reality (complex).

A recent study of CRISPR's cells in culture, looked at the actual impact of a knock-out on a target gene.

The genes did, indeed, lose their original function due to the disruption of their DNA. However, some 50% of them simply gained a code for another potential protein or for a possible alteration of protein regulation.

There's a clear risk here of novel toxins and allergens emerging as novel proteins or as a result of disrupted gene regulation.

It's also apparent that, far from being safer, the minimal nature of gene editing actually creates the risk. As GM Watch commented:


"no matter how precise the genetic engineer makes the initial CRISPR-mediated cut in terms of location, the undesirable outcomes reported here can still take place. Similar outcomes can be expected when the CRISPR (contrary to the intended manipulation) cuts the DNA at an off-target site within non-targeted genes."

The study used human cells, but there's every reason to extrapolate the problem identified to GM crop plants and our food.


CRISPR is so simple, your food could easily end up with multiple edits along with multiple novel toxins and allergens. Tell your regulators that the suggestion that the precision of gene editing somehow indicates safety is at best wishful thinking dressed up as science, and at worst pro-GM propaganda (dangerously aimed at avoiding regulation).