Avoiding evidence about cancer (linked to Glyphosate of course) 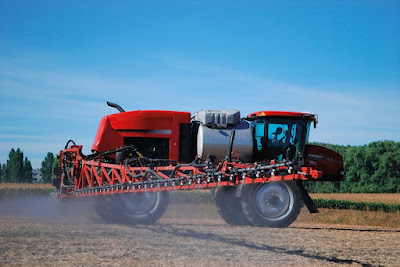 Because humans can't be subjected to experimentation, regulators assessing the safety of a chemical have to weigh whatever other, imperfect, evidence they have at their disposal. Safety assessment is particularly challenging when dealing with a possible carcinogen, such as glyphosate herbicide [1]. It's even trickier, it seems, when the chemical is, like glyphosate, a major money-spinner produced by the powerful biotech industry for use on its commodity GM crops [2].

There are two important types of evidence available to regulators: laboratory experiments using animal models, and epidemiological studies. Neither can yield definitive conclusions, and their limitations are particularly evident in investigations of suspected carcinogens.

The shortcomings of animal models stem from the biology of cancers. 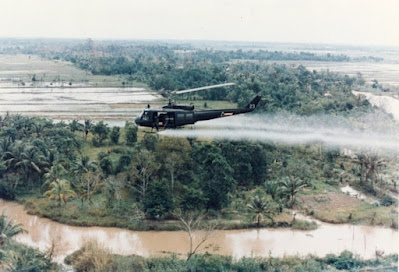 If you've just been reading about the two latest GM-crop-linked, cancer-causing herbicides to add to the glyphosate formulations already in use globally [1,2,3,4], don't relax, here's another one to worry about.

Last year, China approved Corteva's* 'Enlist' GM soya for importation. This secured a place for Enlist crops, plus the herbicide 2,4-D they're designed to be sprayed with, in US fields. It was described by GM seed suppliers, MS Technologies, as "great news for US soybean growers".

*Corteva Agriscience is a division of DowDupont

A former research professor who now works as a consultant for environmental groups said "2,4-D could by-pass glyphosate as the most widely used pesticide within a couple of years".

2,4-D and its sister chemical, 2,4,5-T, were two of several substances developed by Britain and America as herbicidal weapons during World War II. These two were formulated for use in equal quantities and were later packed in colour-coded containers to become known as 'Agent Orange'.

Isoxaflutole - The Next Herbicide Headache? 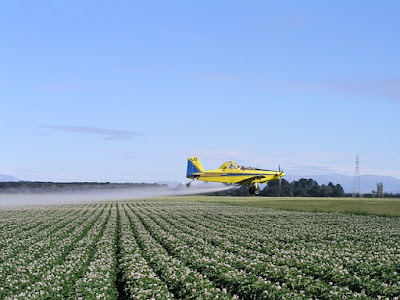 In the 1990s, agrichemical giant, Bayer, was developing its own herbicide/GM-crop package to compete with Monsanto's hugely successful glyphosate and 'Roundup Ready' GM soya. However, as part of the Bayer-Monsanto merger deal, the company was required to off-load this product. The outcome, approved for the market in 2020, was isoxaflutole-resistant GM soya now produced by its new owner, BASF.

Isoxaflutole is a newcomer in the world of herbicides and is recognised as a probable human carcinogen because it induces liver and thyroid tumours in rodents. This herbicide is potentially toxic to the liver, blood and eyes, and may have negative developmental effects. It's pretty good at drifting, and is persistent and mobile in the environment, possibly accumulating in ground water.

All this may sound like a good reason not to approve isoxaflutole nor the GM crops designed to escalate its use.
Read more »
No comments: 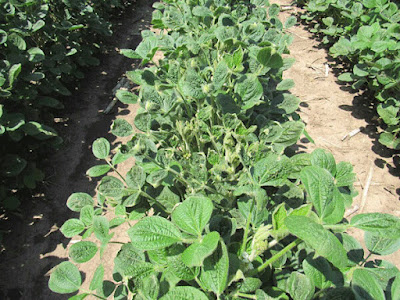 After all the whitewashing of glyphosate herbicide revealed when its manufacturer, Monsanto, was taken to court by users who now have cancer [1], it should come as no surprise that dicamba herbicide [2] looks like being a re-run of the same story. 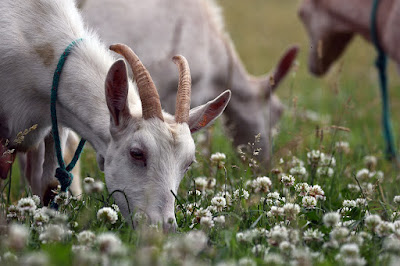 As glyphosate's reputation disappears down the drain [1,2], and European countries progressively tighten regulations on the use of this herbicide, various new and old alternative approaches have been proposed to deal with weeds. These have included hot foam, blow-torching, hot water, old-fashioned hoeing and hand-weeding, or even simply tolerating weeds if their presence isn't causing a problem except to the tidy-minded.

Another way to get rid of weeds is to eat them, or rather get something that likes the taste of weeds to eat them for you.
Read more »
No comments:

The Glyphosate Cancer Lag Phase is over 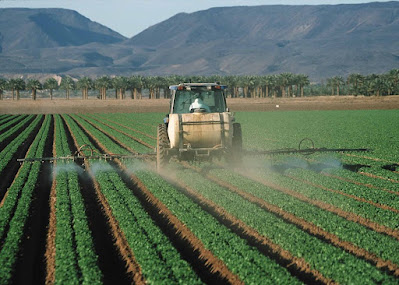 Cancer is, without doubt, one of the most devastating of modern diseases. Treatment is limited and unpleasant, and prevention is difficult because of the biology of cancers.

Cells become cancerous when physical and/or chemical stressors disturb gene function to the point where the normal protective cell repair and rebalancing mechanisms are overwhelmed. The prevention problem arises because there isn't one single cause, but rather a whole raft of contributing factors which combine in complex ways to trigger the disease of the cell. For example, exposure to stressors at a low intensity for a long time may cause cancer just as surely as a high dose of the same stressor for a brief period. A variable lag phase, ranging from months to decades makes identifying the cause of any cancer particularly tough.

All these complications are bad news for people whose food, water, air and environment are laced with potentially carcinogenic agrichemicals. They're even worse news for the people whose job it is to spray the world with these chemicals. However, they're excellent news for agrichemical and biotech companies who don't want any evidence that their top moneyspinners may be guilty of causing cancer.

Glyphosate is damaging our children 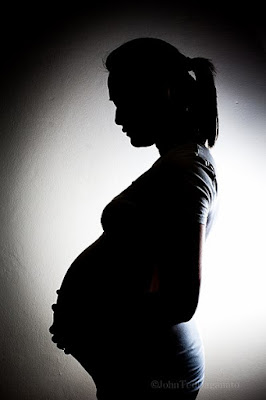 Glyphosate-based herbicides have become ubiquitous in our food chain and in our environment. Their presence has been boosted, especially, by GM glyphosate-tolerant commodity crops such as soya, maize, sugar-beet, cotton, and oil-seed rape.

How much damage are these herbicides doing to our children? Even before they've been born? And even threatening their very existence?
Read more »
No comments: