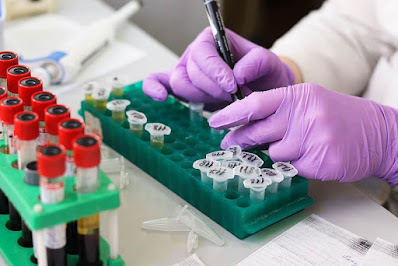 A brief perusal of the website of biotech company, Cibus, will give a you a good idea of what it sells.

Cibus uses its own "unique and proprietary precision gene-editing technologies" to "enable the direct creation of desired traits without integration of foreign material for nature identical non-GMO crops".

Note that "GMO" is not a good selling point. Cibus is plugging the make-believe that gene-edited GMOs are somehow not GMOs and therefore somehow more acceptable to consumers.

The bases of Cibus gene-editing technologies are its 'Rapid Trait Development Systems' (RTDSTM) which involve culturing 'naked' parent plant cells stripped of their protective walls. In this highly unnatural form the cells are unstable and prone to mutation. They're also vulnerable to chemical attack, and this can be used to enable the uptake of a simple synthesized nucleotide* gene editor.

*DNA is a nucleic acid formed from a chain of nucleotide molecules.

Cibus' first commercial RTDS product is 'SU canola', a gene-edited canola tolerant to sulfonylurea herbicide. The novel canola has a single nucleotide change in a gene for an essential enzyme which in its native form is inactivated by the herbicide.

Actually, this first gene-edited crop, Cibus SU canola, is just another version of what all the biotech companies have been churning out for decades: a lucrative package of a GM herbicide-tolerant commodity crop with it's own herbicide.

In 2016, the Canadian regulators who approved Cibus' SU canola for food use noted that it was created using RTDS and a nucleotide-directed mutagenic technique, and that the precision of the edit in the crop had been confirmed by DNA analysis. They also noted that, notwithstanding the use of a precision gene-editing tool and the confirmation of that precision, Cibus "hypothesized that the single nucleotide mutation was the result of a spontaneous somaclonal (culture induced) variation that occurred during the tissue culture process, and not due to the specific oligonucleotide* used in the RTDS protocol".

*An olignucleotide is a short chain of nucleotides

No basis for the latter supposition was given, and the regulators seem unconcerned that Cibus appears not to have mastered its own "laser precise" gene-editing tool which it claimed to be the very foundation of its business model.

Comment. Indeed, it seems somewhat lax of regulators to approve any novel crop on the basis of a 'supposition' or 'groundless assumption' about how it was created in the first place.

Four years later, the hypothesis became an established fact slipped, without fanfare, into select media outlets. Euroseeds, 'the voice of the European seed sector', reported that the SU canola was "in fact developed from spontaneous somaclonal variation".

French campaign group Inf'OGM dug a bit deeper and found Cibus explanation: "the herbicide selection step identified multiple herbicide tolerant plants. These plants came from cells in Petri dishes where an oligonucleotide was added and also from control cell samples in Petri dishes where no oligonucleotide was added ... We were pleased to find that some of the plants had the specific mutation the oligonucleotide was designed to induce, but the majority of the tolerant plants had a variety of different mutations that had arisen spontaneously during the cell culture process." Cibus concludes by saying that it "selected one of the spontaneous mutations ... this became our first SU Canola line".

Cibus seems to be saying its laser-precise gene editor worked in a few plants but that plenty of suitably mutated, non-edited plants arose spontaneously. However, the commercialised SU canola was confirmed by DNA analysis to have the laser-precise edit intended. Since single genes consist of millions of nucleotides within a genome of billions, the chance of one single exact planned laser-precise change in a single nucleotide arising spontaneously in a few cells in a dish is, as Dr John Fagan pointed out, "vanishingly small". He added "it is highly preposterous that a company that has invested tens of millions in developing a particular method of gene editing would turn around and claim that its first commercial product made using this gene editing method was not actually the result of that method but happened accidentally via random mutagenesis."

There would seem to be a vanishingly small chance that Cibus is oblivious to the points made by Dr. Fagan. So, what's going on?

Was Cibus smart enough to give itself a get-out clause for RTDS in case gene-edited GMOs became the liability transgenic GMOs have become? After all, if the first gene-edited crop 'success' story could so easily become a cell culture miracle, so could all the rest.

GM-concern groups have pointed out that just before Cibus concluded its four-year deliberation on whether SU canola might have arisen by spontaneous mutation, a study was published inconveniently disproving the claim that gene-edited plants couldn't be identified and therefore couldn't be regulated. The study described analytical methods which "may be applicable to virtually any genome-edited organism", providing that basic information about the DNA edit as supplied to regulators is available. Their methods used widely-available scientific expertise and common equipment already in routine use in laboratories.

To trial their method, the scientists used Cibus SU canola because it has some particularly challenging features.

Challenging features for the analysis of Cibus SU canola include, for example:

With these kinds of challenges, if the techniques work for SU canola, they'll work for any other gene-edited crop.

What better moment to find out that all those annoying tests and inconvenient regulations looming for gene edited crops such as SU canola can be dispensed with because the edit has been declared a natural mutation? Indeed, Euroseeds took pains to announce that the published detection method had merely detected a natural mutation and so was making "much ado about nothing".

There's another explanation which is much, much more likely than that vanishingly unlikely spontaneously laser-precise accident.

During the long procedure of cell culture, molecular treatments and plant regeneration, there's significant scope for operator errors: did the culture plates or the plants get mixed up? was the wrong reagent added to a cell culture? did the labels get mixed up?

Cibus haven't come clean on how it managed to eliminate all these possibilities.

On the other hand, if Cibus is right and its SU canola is a result of spontaneous mutation, there's an interesting implication. Despite all the purposefully gene-edited plants it created, it was one which hadn't been subject to a humanly-contrived nucleotide change which formed the best stock for commercialisation. This would suggest Cibus' miracle plant which had changed by itself was much more robust than the GM ones ... not a great sales pitch for their designed, laser-precise, gene-edited crops.

CRISPR catastrophe in the making? 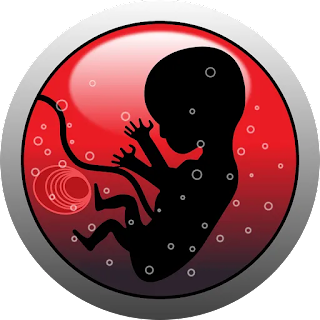 "If human embryo editing ... were space flight, the new data are the equivalent of having the rocket explode at the launch pad before take-off"

"There's no sugar-coating this. This is a restraining order for all genome editors to stay the living daylights away from embryo editing"

More than 10,000 single-gene inherited human disorders have been identified, and genetic engineers have long held a dream of sorting out our defects. Gene editing techniques, such as CRISPR [1], seem like a heaven-sent opportunity to tweak these dysfunctional genes back to normality. 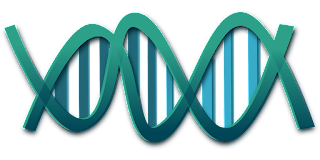 processes linked to the genome


At least five epigenetic effects have so far been identified, including substances which attach to the DNA or to the RNA expressed by the DNA, and structural changes in the chromosome.

Epigenetic factors are used by mature cells to enable or disable genes as needed to achieve their specialised function.

Environmental toxins, poor nutrition and other stresses can inflict epigenetic changes linked to disease, and if they affect the reproductive cells, the unhealthy epigenome can be inherited by future generations.

As if we didn't have enough concerns about damage to the health of the genome caused by artificial changes in its DNA, science has uncovered another insidious problem in GM organisms.

CRISPR is a favourite DNA-editing tool which can be used to insert genes in precise locations in the genome [1]. However, an experiment on mice found that the desired, precise genetic transformation was accompanied by undesirable changes in the epigenome. These changes were passed down through at least 10 generations.

The epigenetic factor investigated was the attachment of 'methyl' molecules to specific sequences of DNA (a reaction which usually inactivates the gene).

The precision problem in genome editing 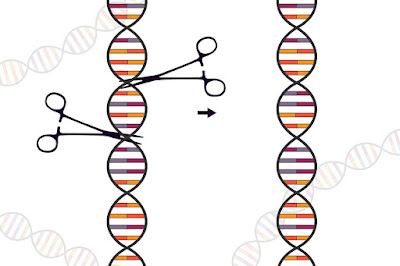 In 2018, the European Court of Justice gave its opinion on EU law with regard to gene editing. It concluded that techniques which use lab-made nucleic acids (such as DNA or the related RNA) to alter genetic material in a way that does not occur naturally are GM and are, therefore, subject to GMO regulation [1].

Welcome back to GM-Free Scotland!

While GM-Free Scotland has been in lockdown, the biotech industry has been busy convincing our food regulators that gene-editing is somehow so safe and dependable that it doesn't need regulation, testing or labelling.

Biotech industry rhetoric, obediently repeated by government (both Westminster and Holyrood), is that gene editing is "like nature", simply "speeding up something which would happen with breeding eventually", "precise" and involving "no foreign genes". We are told we must not "shut our eyes to scientific advancement" and that we must "be led by the science on gene editing technologies". But this science-led advancement doesn't seem to extend to actually using science to make sure these new GMOs are safe and healthy for the current generation, for future generations, for our food crops and for our environment.

If you're not sure what the problem is with gene-edited food, make sure you catch the next few GMFreeScotland articles on what science is telling us about them.

Farmers to be at the helm of future policy direction in a new Holyrood by Claire Taylor, the Scottish Farmer, 29.4.21