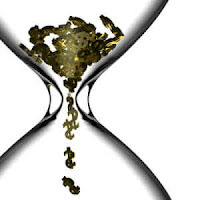 If you read HIGH-OLEIC SOYA - February 2011, you'll know all about Monsanto's latest GM venture: added-value, nutrient-enhanced GM soya. You probably also noticed a hint of sarcasm in the description of the regulatory oversight of GM crops in the USA.

American GM 'oversight' takes the form of a voluntary consultation with the Food and Drug Administration (FDA) during which all parties can ensure they have a get-out should anything go wrong: the biotech company can spin the process into FDA 'approval' of its GM crop, and the FDA can spin it into a thoughtful assessment of all the available evidence.

Although the FDA consultation sounds like a foregone conclusion in favour of the biotech industry, its completion in regard to MON 87705, high-oleic acid, GM soya was a cause for jubilation. So much so that Monsanto put out a press release telling the world about it.

The first nutritionally altered, gene-altered, food is poised to arrive on your plate.

The novel oil is “well suited for use in bottled vegetable oil, salad dressings, margarine and other similar food products for which commodity soybean oil is used”. Clearly, it's intended for widespread use in most processed foods and by caterers. It's also “well suited for industrial applications”, such as lubrication and biodiesel.

Almost every GM crop ever created has included of a useful little piece of DNA copied from the 'Cauliflower Mosaic Virus' (CaMV). This chunk of DNA is referred to as 'CaMV 35S', and as its name suggests, it is part of the DNA found in a virus which commonly infects cauliflower and related vegetables. In infected plants, its normal function is to switch on the genes needed for the virus to replicate itself. In GM plants its function is to switch on the engineered DNA attached to it which otherwise would likely remain dormant: effectively it overpowers the host cell's own self-regulatory mechanisms to permanently turn on the inserted genes which then generate huge amounts of the transgenic proteins. The value of the CaMV 35S 'promoter' to genetic engineers lies in its promiscuity: it acts on all types of DNA in the genome of all types of plants.

Email ThisBlogThis!Share to TwitterShare to FacebookShare to Pinterest
Labels: DNA

Genes on the move

What do Agrobacterium and human beings have in common? One's a soil bacterium and the other's a primate with a very large brain: the scope for sharing anything seems limited. However, both carry out genetic transformations of other life-forms to provide food for themselves.

Put more accurately, the genetic engineers with the big brains have hijacked the gene transfer mechanism of their microscopic counterparts to provide human food.

One of the earliest concerns raised about GM foods was that a disturbed genome would generate strange proteins to which our bodies would react.

Regulators 'addressed' this concern by assessing the potential toxicity and allergenicity of the novel protein produced by the inserted gene. This neatly side-steps a fundamental safety problem with GMOs: it ignores the potential for the production of toxins or inflammatory agents due to changes in the wider genome and the metabolism it governs.

Email ThisBlogThis!Share to TwitterShare to FacebookShare to Pinterest
Labels: health

Refuting any suggestion that Mayan predictions claim the world will end in December 2012, one Mayan elder (a priest and spiritual guide) has a very different version of what the world is heading towards just now.

He tells us we are in a time of cosmic transition.


“As we pass through transition, there is a colossal, global convergence of environmental destruction, social chaos, war, and ongoing Earth Changes.”

What Roundup does to people

If you visited GM-free Scotland in October 2010, you'll have discovered that ROUNDUP CAUSES BIRTH DEFECTS.

A shocking report, commissioned by one State Government in Argentina, documented what had been happening there in the ten years (2000 to 2009) since Roundup Ready crops were introduced. It found a four-fold increase in both cancers and birth defects in the villagers living near where the GM crops were sprayed with Roundup.

February 2011﻿ ﻿
﻿ ﻿When Indian cotton farmers started to complain that their GM, supposedly insecticidal, crops were being eaten by pink bollworm, toxin and all, Monsanto was quick to lay the blame on the growers and regulators.


“Apparently, the pink bollworm resistance problem is due to farmer ignorance: failure to plant non-Bt crop refuges, failure to procure non-Bt seed for the refuges, failure to scout the crop for pest emergence, failure to switch to Monsanto's Bollguard II which has had two Bt genes inserted, over-use of pesticides, failure to manage the infected crop residues and unopened bolls after harvest, poor tillage and inadequate grazing of cattle on the GM stubble, and previous illegal planting of unsuitable Bt cotton crops.” (Bt RESISTANCE RIGHT ON CUE – March 2010)

Asking to change the world

February 2011﻿
﻿When biotech industry lobbyists and the government ministers they were targetting found themselves faced with a GM-sceptical public, the answer was education, education, education. They convinced themselves that once the public understood that
However, the more education people got about GM food, the more their concern, unaccountably, grew.
Read more »
No comments:

In a statement issued on 6 March this year, Monsanto said:

'Bollguard' cotton is a GM variety developed by Monsanto. 'Bollguard' has been transfected with a variant of a gene copied from the soil bacterium, Bacillus thuringienses or 'Bt'. The toxic protein generated by the transgene kills a specific insect pest, pink bollworm. 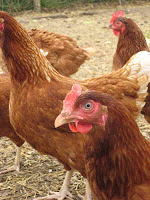 The latest UK research on GM is the creation of flu-free chickens.  In these novel birds, the dreaded H5N1 virus can't replicate as normal, doesn't infect the rest of the flock, and therefore, presumably, won't transfer to humans.

Avian flu continues to be a global health concern.  Although primarily a disease of wild birds, it occasionally infects poultry flocks in which it can spread like wildfire.  Controls, such as vaccination and bio-security measures, are complicated by the nature of the virus which is not a single type of virus, but exists in many subtypes and, like all flu, is an ever-evolving “master of mutability”.

Fears of a major outbreak of the virus in the UK in 2006 came after a swan, found dead off the coast of Fife, was discovered to be infected with H5N1.  The virus did not cross any species barriers in Scotland and the feared pandemic did not happen.

Why look out for GM soya? 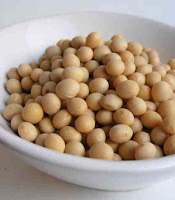 There's a very valid question surrounding GM soya: all the soya we eat is so heavily processed and artificial anyway, is it really any different in GM form?


Consider that soya beans themselves are rarely eaten as beans: they don't taste very nice and both animals and humans find them difficult to digest.  They're routinely processed into a host of “food-like substances” (Pollan).  Before they get anywhere near your plate, soya beans will have received some or all of the following treatments: multiple heat-treatments, pressure, cracking and crushing, chemical extractions, treatment with acids, alkalis and enzymes, bleaching, addition of  preservatives, supplements, colouring and flavouring, and finally molding into some shape to make it seem to be something it's not.  All this doesn't sound a very good way to produce wholesome food.

As you might expect, soya indeed presents several health issues.  However, add in GM soya and  these health concerns are raised to a whole new level.

Email ThisBlogThis!Share to TwitterShare to FacebookShare to Pinterest
Labels: soya

Imported food from the United States

Very few GM offerings have appeared in the shops, but ingredients can change so be on the alert.

Experience suggests that processed foods imported from America or made by American food companies are the ones to keep an eye on. In the past, the following have been spotted in various locations in the UK:
Hershey's various CANDY BARS have their own story.

Soya – keep a wary eye on it

GM soya is perfectly legal in Europe and could appear in your food at any time. It must, however, be labelled. Check the small print of any soya-containing product you buy (except organic), even if it was non-GM the last time you looked.

The trick here is to know what is actually made of soya.

The soya origins of the final product may not be at all obvious:
Soya as a human food is already problematic, but GM soya may be even worse. To find out more, check out WHY LOOK OUT FOR GM SOYA – February 2011