December 2016
The news that glyphosate herbicide, now pretty much ubiquitous in agriculture, public spaces and food, is not 'safe as salt' but a 'probable human carcinogen' was very unwelcome.

Amidst a rash of lawsuits by people claiming glyphosate gave them cancer, Monsanto and its agrichemical brethren face billions of dollars in lost revenue. Besides the collapse of their market for glyphosate-based formulations, such as Roundup, all their glyphosate-tolerant GM crops will go down the drain too.

Since GM crops now encompass maize, soya, cotton, oilseed rape, sugar beet and alfalfa grass, which together amount to most staple US agriculture, this is doubly-bad news for Americans.

For the regulators who allowed the whole situation in the first place, it's a political mess with legal and economic implications requiring urgent action.

Predictably, Monsanto and its friends at CropLife* America have launched a full-scale attack at every level they can think of.

December 2016
In 1973, the US Farm Bill was passed to assure a plentiful supply of staple foods at reasonable prices. The 'staples' are corn, soya, wheat, rice and sorghum, all subsidised by the US tax-payer.

Forty years on, US farmers planted maize over an area almost as big as California, and the area growing soya isn't far behind.

Prices for these commodities have been low in recent years, perilously close to their costs of production. Yet, courtesy of the government, they have been the safest bet for the growers of the vast fields of American monocultures.

How these subsidised 'staple food' crops are streamed into the market is a lesson in itself .

Proud to eat GM, or, non-GM 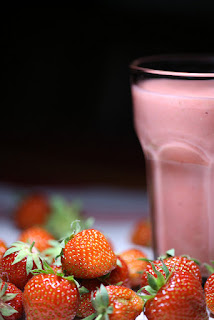 Major food and feed-ingredient supplier, Bunge, is "excited" about its newest products.

These "new" offerings consist of verified non-GM corn ingredients and oils, plus ancient grains, rice, gluten-free breadings and puffed snacks. What's exciting is that Bunge is able to offer its major customers non-GM ingredients on a scale that allows them to grow their key non-GM brands with confidence.

What stimulated this exciting move was the market research suggesting:


"40 percent of consumers are actively managing (avoiding/minimising) consumption of GM foods in their daily diet".

The market trend is towards clean labels, natural and minimally processed.

December 2016
Scientists at biotech company, DuPont Pioneer, have been busy searching around in the soils of America for an alternative to 'Bt' insecticides. These pest-killing proteins, whose ancestors came from Bacillus thuringiensis soil bacteria, have proved a marvellous money-spinner for two decades. Now, pest resistance to Bt toxins is rising, and even the new generations of GM crops with stacked Bt variants look like having a limited shelf-life.

DuPont has its fingers crossed that it's found a solution. Its scientists have found a previously uncharacterised protein, designated 'IPD072Aa', which just might serve its purpose.

December 2016
Products with GM labels are creeping quietly onto our supermarket shelves.

None of them is likely to appeal to your average real-food locavore. However, it's good to be GM-aware. GM offerings are turning up, not only in budget stores, but in the top-end supermarkets Waitrose, Selfridges and Marks & Spencer.

And, keep on your toes, because a 'suspect' which carries no GM label one day, may appear in novel form when the next batch arrives.

What to look out for?

December 2016
Three years ago, when major supermarkets, such as Tesco, Mark & Spencer, Sainsbury's and the Co-op, collectively moved to allowing GM-fed animal produce on their shelves, whether their customers wanted it or not, Waitrose went out on a limb.