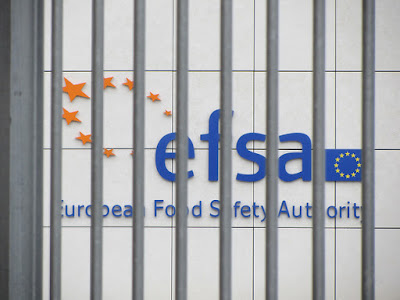 EU law-makers are struggling with the thorny question of how to regulate genetically edited organisms, or even whether to regulate them at all [1].

Their problem is mushrooming under an onslaught of diverse 'New Breeding Techniques' pouring out of laboratories. These techniques are genetic editing with a handful of old-style gene insertions thrown in [2].

Why should a body which has taken so much care and time deliberating and implementing regulations on genetic modification, be struggling with what seems to be no more than a set of variations on the same GM theme?

Consider the definitions of 'genetic modification' or 'GM'.

Our (layman's) definition of 'GM' is anything involving humanly-conceived, humanly-contrived molecular spanners, nuts and bolts to change life.

Geneticist, Ricarda Steinbrecher's definition of 'GM' is a laboratory technique that can change the genetic material (usually DNA) of a living organism without breeding.

In response to the apparent confusion in both journalistic and scientific blogs about what GM actually is, Senior Greenpeace scientists Janet Cotter defined a GMO as containing "a novel arrangement of genetic material that either does not occur in nature, or has been obtained by a process that does not occur in nature". (See below)

The United Nations agreement on GMOs (Cartagena Protocol) defines genetically modified organisms as a life-form which "possesses a novel combination of genetic material obtained through the .. application ... of in vitro nucleic acid techniques".*

*Note. DNA and its related molecule 'RNA' are composed of nucleic acid chemical units; 'in vitro' refers to techniques performed in laboratories.

EU Directive 2001/18 defines a genetically modified organism as a life form in which "the genetic material has been altered in a way that does not occur naturally by mating and/or natural recombination".

In all these definitions the simple meaning of the words clearly encompasses all form of artificial genetic change, be it 'modification', 'engineering', 'editing', 'transformation' or any unintelligible abbreviation which happen to have been introduced into use [2].


Janet Cotter further clarified what GM is and isn't:

So, why is the EU struggling?

A major source of the problem no doubt comes from America, which despite being the founding father of GM commercialisation, has no clear definition of the term 'GMO', and correspondingly no GM-specific regulations (the US is not a signatory to the Cartagena Protocol). Its concept of 'GM' can therefore be configured and reconfigured by the biotech lobby as its commercial needs arise.
Note especially, that someone somewhere has cleverly introduced the inaccurate and confusing term 'New Breeding Techniques' for what, by any accepted definition, are 'New GM Techniques' which specifically exclude breeding.

That particular someone somewhere was likely a biotech industry bod or a pro-GM scientist, someone with an interest in avoiding regulation which would interfere with their profits, someone whose capacity to re-define 'GM' as 'non-GM' is as well-honed as their ability to reconfigure natural DNA to unnatural DNA, someone with a knack for posing regulators questions that don't need to be asked and supplying make-believe answers to those unnecessary questions.

All this time, the questions which everyone should be asking are: are these GM techniques (any of them) safe to eat or safe to allow into the environment?

The make-believe answer to this question is that genetic editing is precise and isn't GM, therefore it's safe. In real-life, genetic editing raises all the same concerns of inherent unpredictability as the old-style GM crops which Europeans have already rejected.

While the intention of genetic editing techniques is to make precise DNA alterations in precise locations in the genome, the change may happen in the wrong place or can evolve over time into something different. And, the new DNA can certainly express in unpredictable ways and can (some would say will) interact unpredictably with the wider genome, the cell, the whole organism, and the environment.

It has to be pointed out that while genetic editing is promoted as inducing a small change in existing DNA, rather than the insertion of a large sequence of DNA, it can (and will) be used repeatedly to achieve substantial changes in one or in multiple genes, resulting in increasingly unnatural organisms.

All the same potential for novel or increased toxins, allergens, anti-nutrients, pathogens and nutritional disturbances exist in any genetically edited food crop.

Despite the smart arguments being put forward by pro-GM advocates, genetically edited organisms are GMOs.

It seems the EU would actually have to amend its Directive to exclude genetically edited organisms, rather than exclude them for being outwith the scope of its existing laws.


Tell your MEP that all products of 'New Breeding Techniques', MUST be required to undergo a full GM safety assessment and be labelled, for the simple, important reason that "just because gene-edited organisms don't contain foreign DNA, this doesn't make them safe" (Steinbrecher)