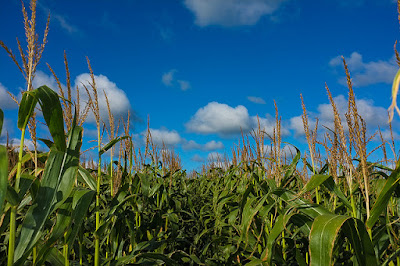 ‘Bt’ insecticides are proteins produced by soil bacteria which have been used, as sprays, in organic farming for many years. They, therefore, arrived in their novel form inside GM crops complete with an existing reputation for long-term safe use by people who care about nature.

The safety of the artificial 'Bt' toxins as generated by GM crops is also based on their claimed species-specificity. Due to unique properties of the Bt protein, conventional wisdom says that it only becomes harmful if it can bind to receptors specific to the surface of the targeted pest gut-cells. Once bound, the toxin creates pores in the gut allowing its contents to leak out into the pest's body with lethal consequences. In any other animal, Bt protein is digested just like any other dietary protein.

Because regulators have accepted these claims, and because it's a useful, green-sounding selling point, and because pest-specificity avoids any need for tests on other animals, the biotech industry is very keen to maintain the belief in this limited toxicity of its Bt toxins.

However, Swiss environmental scientists have seriously questioned how much is actually known about Bt proteins.

The claimed 'specificity' rests predominantly on the testing of a single type of Bt protein (the first one to be commercialised in GM crops), whose testing was limited to a narrow set of commercially significant pests. It rests also on a commercially useful definition of 'toxic', as meaning a pesticide which causes a quick death of the pest (slow death of pests is no use in agriculture). The definition works well for conventionally sprayed pesticides which do their job then quickly dissipate and stop killing. GM Bt toxins are, however, present throughout the life of the crop, with plenty of opportunity for exposure, harm, or slow death of non-target species.

There's no evidence that the huge range of Bt proteins (some entirely synthetic) now generated by GM crops, is safe for any animal which isn't a significant crop pest. They may do this insidiously with huge long-term repercussions, and could eventually affect humans and livestock too.

As evidence gradually emerges that the biotech industry's preferred narrative on Bt's mode of action is incomplete, "there is less scientific certainty about it today than there was when (Bt) was first engineered into GM plants roughly 30 years ago".

For example, the suggested nature and range of receptors on the gut cells is steadily expanding, and many of these are certainly not species-specific. One type of proposed Bt receptor is 'cadherin' a protein known to occur in many vertebrates. Ominously, it also seems that Bt can trigger cell death directly. The conditions in the gut and presence of pathogenic microbes have also been found to play a vital part in Bt action [1]. Add to this that the breakdown of the Bt molecule into smaller proteins by digestion can modify its action, both up or down [1].

Various forms of Bt toxin have been shown to induce harmful or potentially harmful changes in the gut or immune system of mice, rats and pigs, all of which are common models used in human safety testing. One study indicated that exposure to one variety of Bt could induce allergy to another food protein.

Negative effects of Bt on animals of all types are being reported, but quick death isn't one of them.

Amid all this uncertainty, the possibility that any one Bt has multiple modes of action, with associated increased risk to non-target animals including humans, has never been considered.


"we see little evidence to support the assumption of narrow specificity"


... of Bt, and suggest a need to re-define the specificity of Bt toxins for the purpose of risk assessments.


OK, so we don't know what makes all the different forms of Bt toxic, nor which of the enormous range of possible non-target animals may be harmed by it, nor how it might harm them.

Bt crops could be catastrophic for natural ecosystems. And no one's checking what they might be doing to YOU.

Time to start asking questions about Bt's safety and demanding answers based on what you, the livestock which becomes your food, and your environment are actually exposed to.