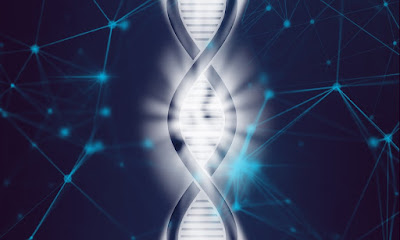 Having fixated on the notion that the DNA sequence which forms a gene will be expressed as a specific protein, biotech scientists were then convinced that, if they disrupted a tiny part of that DNA sequence, the cell's ability to generate the protein would be lost.

Enter 'CRISPR', a molecular device which can be engineered to latch onto a very specific section of the genome and induce a small localised disruption in the DNA [1]. This provided scientists with a simple means to 'knock out' a gene.

However, a year ago, a paper was published which reported that, while CRISPR did, indeed, knock out the planned gene, the damaged DNA could still code for a protein in 50% of the cells analysed, albeit a different one [2].

Since then, another team has taken a closer look at what was actually emerging from knocked out genes.

Contrary to expectations, 90% of the 'disabled' genes they examined were expressing themselves in some way ranging from residual to identical to the original parent and everything in-between, and about a third still produced proteins.

It seems that the living cells' natural plasticity enables it to skip over damaged DNA and carry on making an adapted or shortened protein.

It was also found that the cells' natural mechanism for clearing away aberrant proteins had a highly variable ability to deal with these unnatural knock-out products. Such persistent knock-out proteins could have a persistent, toxic, knock-on effect.

A major use of CRISPR has been as a laboratory tool to identify the function of specific genes and their proteins by knocking out the gene. It's been pointed out that a lot of our 'knowledge' of genes and DNA function is based on an assumption of an absent protein which it now seems might not actually be absent at all. It's time-consuming and technically tricky to check up on the presence or absence of a protein in something as complex as a cell, and not all scientists do it.

Besides questions about how accurate our science of gene function may be, CRISPR (and other forms of gene editor whose side-effects are unlikely to be any less) is already being used to create foods, such as non-browning mushrooms. Biotech scientists are hyping their 'knock-out' organisms as precise creations which are somehow not GM and don't need safety testing. However, the novel protein emerging from the CRISPR-damaged gene in such foods might be toxic or allergenic or might be biochemically disruptive and induce knock-on adverse novel changes in the organism.

Mushrooms have many highly poisonous relatives with which they have genes and, potentially, biochemical pathways in common: there's huge opportunity there for an inadvertent shift to producing something very nasty.

Best not eat the products of knock-out gene-editing technology, especially old mushrooms disguised as fresh ones, or any other fruit or veggies which don't look their age due to GM smart tweaks.