Glyphosate on the road 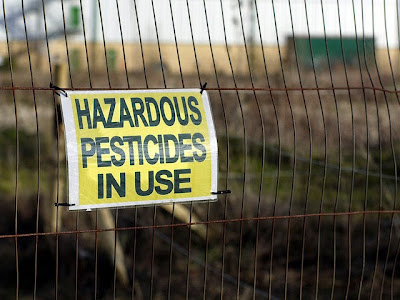 Edinburgh commissioned a report on the options and costs of alternative weed control methods such as special blow-torches, hoeing and hot water.  Barcelona was looking at a ban on the herbicide in favour of a sustainable, ecological style of management for its gardens.

Four years later, where have these flagship initiatives led?


Edinburgh was successful in reducing its glyphosate treatments by 50% in 2017 compared with 2016, but usage crept up quite a bit in 2018 (the last year we have figures for); it has now invested in quad bikes to allow more efficient spraying.  Three other Scottish city councils (Falkirk, Highland and Midlothian) are "actively cutting back", nine are promising limited reductions in use of the herbicide, sixteen councils have no plans to reduce spraying, and three (including Glasgow) aren't telling.

NGOs in Spain report that, besides Barcelona, glyphosate bans are in place in Madrid, Zaragoza and the region of Extramadura, with partial bans in the regions of La Rioja and Aragon.

Elsewhere, at least five councils in England have been "seriously" trying to get rid of glyphosate while France, Germany, Italy, Portugal and Denmark have "promised" full or partial bans.

This isn't really terribly impressive in terms of the tangible elimination of a probable carcinogen from our everyday surroundings.

Excuses for this evident lack of political will include:

Friends of the Earth Scotland has suggested that, rather than swapping one weed-control method (glyphosate) for another, councils should adopt a more imaginative, diversified approach.  This could range from doing nothing in areas where weeds can be tolerated, to hand-weeding and hot foam weed control in other areas.

Besides the threat to the exposed public and wildlife, trade union GMB describes glyphosate application as "a severe health risk to workers".  In America, that severe health risk has translated into several thousand law suits brought by cancer victims against the makers of glyphosate-based herbicides, Bayer.

The human and medical costs of even one extra glyphosate-linked cancer victim make the excuses put forward for inaction sound somewhat lame.

It might be worthwhile contacting your Councillor to put some pressure on your Local Authority to eliminate glyphosate: after all, given what's going on in the US courts, the cost of defending a single lawsuit plus the compensation (which you would actually be paying for) would make glyphosate a spectacularly expensive cost-cutting measure.