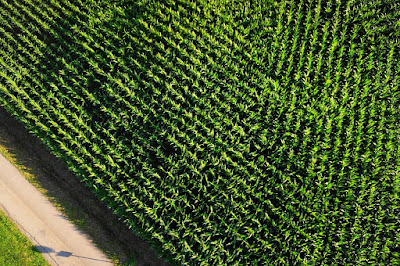 Farmers' knowledge about the cycles of nature, their land, their crops and livestock, their soil, and all the life that shares their estates seem to have been swept aside by reductionist 'solutions' sold to them by corporations with $-lined technological tunnel vision.

Simple, GM 'solutions' have a habit of leading to complex outcomes and nasty surprises.
When South Africa embraced GM maize with a 'Bt' insecticide to beat corn-boring pests, the 'solution' lasted only six years before the insects adapted and took up where they had left off.

The next 'solution' replaced the single Bt insecticide with two versions of Bt in the same plant, but signs that this belts-and-braces technology was beginning to break down emerged after only three years.

When GM crops tolerant to glyphosate herbicide became widely planted in much of America, many non-target weeds were wiped out along with the wildlife which lived on them.  For the monarch butterfly, whose migratory life-cycle depends on the wide availability of a single weed type, glyphosate spelled starvation and reproductive collapse, contributing significantly to the 80% drop in the population in the 13 years to 2018.

The sheer, crippling, scale of superweeds has been one of the nastiest surprises yet to emerge from Roundup Ready GM crops [1,2].

It's not just plant and animal wildlife which are being changed by GM fixes.

In some areas of Argentina, the GM soya 'solution' to the country's economic woes has led to the ground itself, its rivers, plants and soil shifting abruptly and unpredictably.

Replacing huge tracts of permanent deep-rooted, water-absorbing forest with soya crops, which have short roots and only grow for a few months of the year with nothing in-between times, has raised the soil water level and increased its subterranean flow.  New water courses can appear overnight, carving canyons tens of metres wide and deep, and miles long through what was once productive farmland.  The rivers carry mounds of earth, grass and trees as they flow, and can bury a field downstream deep under mud.  Because all the ground around is unstable, the rivers keep changing course.

Conveniently for the biotech industry, these nasty surprises only emerge at the landscape level when the complexities of the ecosystem kick in: they can't be studied in a laboratory.

There's nothing here that can't be fixed using traditional farming know-how (if there's any remaining) and modern crop breeding for locally-optimised plants (if there's the will to put the resources into it), ditching the chemical addiction (in favour of agro-ecological methods) and re-thinking the soya-obsession (in favour of diversification).

None of these are quick-fixes, but neither will they lead to nasty surprises, so the sooner we start the better.