Glyphosate on the plate 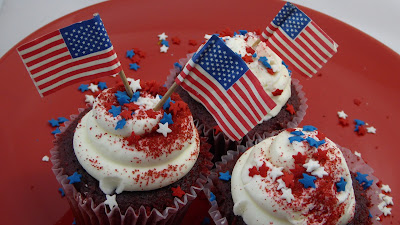 Food-related uses of glyphosate-based herbicides in a nutshell:

The vast majority of commercial GM food crops - including maize, soya, canola, sugar-beet and cotton (consumed as cotton-seed oil) - are glyphosate tolerant and therefore sprayed with glyphosate-based herbicides. Applications of the herbicide on these crops have been stepped up year-on-year due to evolving weed resistance.

Despite the massively increasing use of glyphosate-based herbicides throughout the last 30 years, and despite over 1,500 published studies in the most recent decade, current safety assessments still rely heavily on studies conducted before the escalation started, and mostly unpublished .

Against this background, the US Environmental Protection Agency (EPA) was happy to agree to requests by Monsanto (now Bayer) to increase the allowed glyphosate residues in oats to levels which enable the herbicide to be used as a desiccant just prior to harvesting (when the herbicide contamination in the final product would be particularly high).

Although the US Department of Agriculture (USDA) surveys pesticide residues annually in fruit, vegetables and other commonly consumed foods, it has resisted adding glyphosate to its list.  A fragmented patchwork of analyses across America are, however, revealing alarming results:

Realising the danger to children from the whole out-of-control glyphosate situation, Congresswoman Rosa DeLauro (senior Democrat on the Agriculture Appropriations Subcommittee, which has jurisdiction over funding and oversight of the USDA) introduced the 'Keep Food Safe from Glyphosate Act' in March 2019 "to ensure corporations are not profiting at the expense of America's health".  Amongst other things, the Act would prohibit the spraying of glyphosate as a pre-harvest drying agent on oats, and require regular glyphosate-testing by the USDA of fruits, vegetables and other foods routinely fed to infants and children.

To become law, the bill would have to pass successfully through the layers of government and finally be signed by the President.  It was given a 3% chance of being enacted, and nearly a year after its introduction, doesn't seem to be going anywhere.

The stumbling block preventing a common-sense ban on glyphosate use in foods favoured by children is GM crops with their overwhelming dependence on the herbicide: you can't ban the chemical in one food and justify its existence in another.  Remove the GM Roundup Ready blockbuster from the scene, and the biotech industry would have nothing to plug the huge products and profits gap.

If we're not careful, America will force through the trade deal it craves with the UK, and Brexit will deliver a glyphosate-filled future.

The one light at the end of this tunnel is that food companies can't afford bad press and are very sensitive to their customers' demands.  A growing body of consumers (such as you) requesting glyphosate-free guarantees would focus their attention nicely.

Also, you can choose organic.