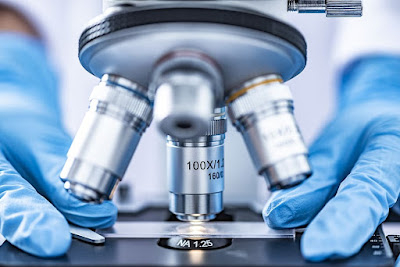 It's an interesting thing about new GM techniques: each one that emerges reveals all the flaws, down-sides and short-comings of the previous ones.

In the 1990s, the only limit to what GM could do was the imagination of the genetic engineer. It seems however that either genetic engineers suffer from a woeful lack of imagination, or GM just isn't that simple: over two decades on, all that's in the ground amounts to a few varieties of a handful of crop types dominated by only two GM traits, glyphosate herbicide tolerance and Bt insecticide.

The reason for this was made clear in a paper published in 2017.
To achieve a GM plant, single cells have to be extracted from plant tissue, separated out, genetically transformed, induced to grow in culture, and then coaxed to grow back into whole plants. Many plant species, and even some strains within a species, don't like being cultured.

As its name suggests, the method involves genetically transforming pollen grains. Pollen grains are already separate entities, easily collected, and can be grown into whole GM plants just by using them to pollinate an appropriate flower. 'Magnetofection' uses a magnetic force to move the engineered DNA into the pollen.

Pollen grains have a tough, protective outer wall. This wall, however, often includes some points where the structure is thin, or even absent, leaving only the cellulose wall enclosing the cell.

Magnetic iron oxide molecules are coated with a polymer to which many particles of engineered DNA will stick. This creates missiles which can be pulled, by magnetic force, through the weak point in the pollen wall and through any internal structures including the 'male' nucleus there. With luck, an engineered DNA construct will rub off and insert into the genome. Interestingly, the magnetic particles seem to protect the artificial DNA from the enzymes in the pollen which should destroy it.

In a model Bt insecticidal cotton created using pollen magnetofection, a stable, 'pure' line containing a single active copy of the artificial gene was obtained within only two generations of self-pollination of the original GM plant.

The technique is quick, needs little in the way of sophisticated equipment, and is expected to be applicable to a wide variety of crop plants.

The authors "envision that (their) system will further facilitate the introduction of new and beneficial traits into crops, (in) particular those difficult-to-transform plants, and thus impact both farmers and the public significantly, with better crops that have been difficult to achieve with the current methods".

Pollen magnetofection avoids the inevitable genetic instability arising in cells induced to grow under highly unnatural conditions outside of an organism. However, like all GM techniques, it relies on attempted genetic modification on a huge scale with marker selection genes to pick out the few successful transformants, of which one or two might be suitable for the generation of an entire new crop.

The technique is described in one magazine as "smuggling" DNA into the 'heart' of the pollen. This seems fairly apt because the missiles evade the enzymes in the pollen which are there to protect the integrity of the nucleus. 'Smuggling', however, suggests something furtive: magnetofection appears more akin to a pirate ship bombarding some innocent, hapless vessel until it surrenders.

Questions of co-lateral damage to the genome and functional disturbances which could be harmful to the health of the consumer and the environment aren't addressed. And, no one's mentioned what actually happens to all those DNA-laden, enzyme-resistant, magnetic missiles inside the pollen grain once their mission's accomplished. That significant 'impact' on farmers and the public might not be the envisaged 'better' crops with 'beneficial traits', but something rather more negative.

Watch out for a chance to lodge concerns about any products of pollen magnetofection threatening to land in your grocery store.

Email ThisBlogThis!Share to TwitterShare to FacebookShare to Pinterest
Labels: biotechnology