GM mozzies out of control? 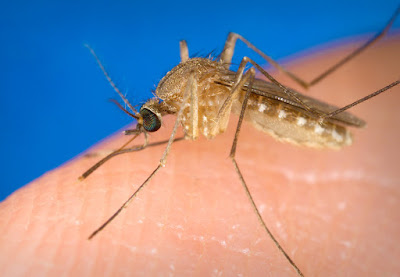 GM 'sterile' male mosquitoes are designed to breed with natural, native females, but fail to generate viable offspring.  In theory, these GM insects are supposed to control the mosquito-borne spread of viruses, such as Dengue fever, by suppressing their vector.

However, a study has been published showing a "significant" emergence of hybrid, GM-strain/native, mosquitoes in a Brazilian city after releases of Oxitec's 'sterile male' GM mosquitoes.

An added concern is that the emerging mosquitoes with possible GM ancestry might exhibit hybrid vigour and be more able to breed, disperse, and carry human viral disease.

Perhaps the finding of hybrids shouldn't come as a surprise.  The GM 'sterile insect technique' is already known to be leaky.  For example, up to 4% of the selected 'males' have turned out to be females, and the antibiotic used in the mosquito production facilities to switch off sterility so the GM insects can be bred is common in the environment.  Also, it's well-known that in a highly variable natural population, some females refuse to mate with GM males, and will quickly spread their GM-resistance trait through subsequent generations.

The sterile male GM mosquito technique is intrinsically challenging.  For example, the numbers of sterile insects released have to be sustained at a high level for many months to suppress the mosquito population: this means production facilities must be able to churn out the required hundreds of thousands of insects consistently all year round.

Even areas surrounded by geographically mosquito-unfriendly zones will become re-populated by migration.  And, while studies relied on by Oxitec suggest natural mozzies disperse only 100 metres, some GM-strain/native hybrids were found 4 kilometres away from the release site.

Like the badgers we've been culling in Britain to control the spread of TB, surviving mosquitoes (including the novel hybrids) might respond to the release exercise by dispersing farther afield, along with any viral or GM problems they might be harbouring.

Putting all this together, once you start down the route of GM mosquitoes, you can't stop.  And, it's expensive: one estimate of a GM sterile male mosquito trial in Panama suggested it cost $2 per mosquito.  Multiply this cost by 400,000 per week for X number of months.

Unfortunately, Brazil has already set off down the GM path.  Oxitec's first-generation GM sterile mosquitoes were reportedly approved for commercial release there in 2014, seemingly based on a single field evaluation in one district of a Brazilian town.

In Oxtec's field evaluation, sufficiently high levels of GM mosquito releases were only achieved over a 5-month period, and post-release measurements extended for only two months.  Compare this with two subsequent studies which flooded the test area with GM sterile males for around two years (21 and 27 months), and the post-release measurements continued for 7 months in one trial and 18 months in the other.

These studies told a story Oxitec didn't want to hear.  First, once un-suppressed, the mozzie population bounced back up to even higher levels than before.  Second, the technique breaks down during the release, as evidenced by surges of native larvae followed by a surge of fertile female adults (the ones that transmit the viruses).  Third, hybrid GM/native mosquitoes, whose characteristics are a complete unknown, become a reality.

Clearly the trials to date have not been the run-away success claimed by Oxitec: the Company has ditched the first-generation male-sterile GM mosquitoes and moved to a second-generation version which produces unviable female offspring only. Presumably this means large numbers of male GM mosquito adults will emerge in the wild.  This may ease the problem of creating sufficient quantities of GM insects in the factory, but there's no reason to think the second-generation technique will be any less leaky than the first.

There are non-GM alternatives which reduce the mosquitoes' potential to cause viral disease.  For example, infection with Wolbachia, a natural bacterial insect pathogen, has been found to reduce viral transmission.   Selecting and breeding naturally virus-unfriendly mosquitoes with which to flood an area could be used to create an anti-virus genetic shift in the mozzie population there.  The latter technique would also likely have to be repeated from time to time, but "The replacement of the (natural) release strain is much less laborious than reconstructing transgenic modified strains" (Powell).

Oxitec has clearly latched onto an excellent, self-perpetuating, business model.

Not unexpectedly, within seven days of the publication of the embarrassing finding that descendants of the GM mosquitoes were out of control in the Brazilian landscape, the journal's editor received complaints about its conclusion.  We can, no doubt, expect the usual barrage of attempts to discredit the scientists and their science which seem to have become routine in response to any biotech-unfriendly research results.