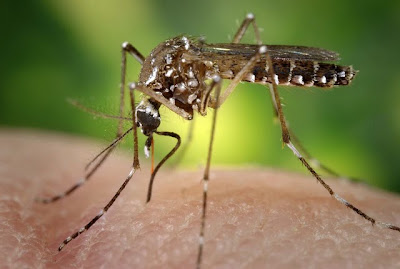 Manufacturer of GM insects, Oxitec, seems to have had little difficulty persuading Brazilian regulators to approve the commercial release of its first-generation, 'male sterile' GM mosquitoes intended to control the spread of Dengue virus.

The approval was based on a "considerable set" of information, seemingly derived from a single short-term field evaluation in Brazil and five efficacy trials carried out by the company across three other countries*.

Oxitec reported that these releases of its GM sterile male mosquitoes, whose offspring die before reaching adulthood, led to a greater than 90 percent reduction in the local mosquito population.  However, GeneWatch has produced a Briefing (PDF) indicating that these claims are not supported by the evidence: conclusions are compromised, for example, by absence of baseline data with which to compare readings, using a control area adjacent to the test area which could mean the insects are simply moving between areas, and changing the size of the release area in mid-experiment.

Persuading the ordinary folk living in the release area not to mind the experiment going on around them took more effort.  From the trial's inception, Oxitec "sought to adopt full transparency with a vigorous and proactive community engagement campaign."  In addition to gaining the support of local community leaders, Oxitec's community engagement campaign included "communication via local media (radio, TV and press), community meetings, printed information (posters and leaflets), school presentations, carnival parades, use of small vans with loudspeakers and social media (websites and blogs).  Dedicated door-to-door campaigns and on-going contact with field technicians working in the community provided face-to-face interaction on an individual basis, allowing specific questions to be addressed and for direct feedback and concerns to be aired."

Interestingly, the Company didn't say what it was actually communicating.  The goal of this campaign was clearly to ensure that everyone welcomed exposure to the GM insects, and that no one started asking awkward questions in awkward places.

In 2013, when two long-term releases were underway in districts of two cities [1], a member of Brazil's biosafety commission was asked to inspect Oxitec's GM mosquito production facility.  He came back with a number of serious concerns.

One concern was the potential for GM female mosquitoes (the ones which bite people and transmit disease) to be released in error along with the GM males.  Oxitec had measured a negligible 0.02% residual female presence in the first field evaluation, but once production is stepped up, how realistically could this low level be consistently maintained?

A second concern was that Oxitec's male sterility trait is linked to a gene for antibiotic sensitivity.  In the factory, breeding to obtain viable offspring is possible from the 'sterile' males when they are exposed to the antibiotic tetracycline.  However, tetracycline is in common use and widely pollutes the environment.  The inspector questioned whether account had been taken of the thresh-hold level of tetracycline contamination in water needed to enable the survival of Oxitec's insects.

Also raised was the lack of studies on the risk of GM males mating successfully with wild females and establishing a permanent hybrid mosquito population (since found to be a possible risk [1]).

Another concern regarded the ethics of using people as guinea-pigs in an experiment in which they risked being bitten by GM insects.  The residents in the area of the release received information only about the Dengue-carrying mosquitoes and about the disease: they were told nothing about the risks to themselves and their environment.

Indeed, the community and regulatory engagement employed during the GM mosquito releases was the subject of a paper published in 2016. This mentions the care taken to make sure people understood the severity of dengue as a health problem and the scientific concepts involved (such as the concept of genetic control of mosquitoes) so they understood the use of GM technology. "Possible risks and benefits of the use of GMOs" was part of the public awareness campaign, but what 'risks' were mentioned isn't described. Also explained was what was "expected" and how the insects "behave in the field". But, were they warned the 'expected' might not happen and might turn into an unpleasant 'unexpected', or that how GMOs 'behave in the field' is a big unknown?

No one was asked to sign a consent form as is established ethical procedure for participation in a scientific experiment.  No human ethics committee was consulted.

Press reports also mention the inspector recalling that pages were removed from Oxitec's application dossier on the grounds of confidentiality, and that a number of pieces information in it had been omitted.

The upshot was that the inspector asked the biosafety commission to suspend the release of GM mosquitoes until further health and environmental impact studies had been carried out.  He highlighted Oxitec's contempt for the safety of the people who were reduced to guinea pigs.

The Biosafety Commission dismissed all these concerns and, the following year, approved the commercial use of Oxitec's GM mosquitoes.

GeneWatch has pointed out that the impact of GM mosquitoes in reducing disease has not been studied and "the numbers of GM mosquitoes that would be needed to prevent a single case of disease remains highly speculative": all the signs are that they are far higher than Oxitec originally proposed.  This means that Oxitec's computer modelling of the cost of GM insect release, carried out before any experimental results were published, also severely underestimated the real figure.

Because the incidence of diseases carried by mosquitoes varies in place and time, it could take many years or decades of controlled observational studies to establish efficacy of any measures taken to reduce them.

People in areas where GM mosquito releases are planned could do with all the help they can get.  Keep up with the issue be subscribing to GM Watch's invaluable free News Reviews (www.gmwatch.org/en/news/newsletter-subscription).  This will alert you to any opportunities to lodge objections.