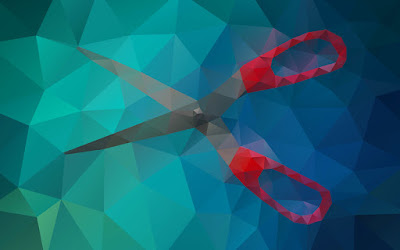 Funny, how history keeps repeating itself.  In the early 1990s, the slow-to-rot FlavrSavr GM tomato was going to be the poster child for genetic transformation.  Its creators in Calgene, were convinced they knew exactly what DNA sequences they had inserted and touted the precision of the technology in their representations to the US Food and Drug Federation (FDA).  Interestingly, the FDA asked Calgene to prove the claim.

The upshot was that Calgene discovered bits of DNA from the bacterial vector (Agrobacterium) had also been inserted into the GM tomato genome.

Quarter of a century later, genetic transformation is old-hat and gene-editing is all the rage because it's precise.  So much so, that the edits deliver the same outcome as "could be achieved by breeding in the farmyard".

The poster child for gene-edited livestock was going to be Recombinetic's hornless dairy cows.

Note.
Estimates are that 80% of all dairy calves (4-8 million a year) are dehorned to protect animals and producers from accidental injury. This procedure is costly for the farmer and painful for the animals. Dairy cows have been intensively bred for high milk yield, and unfortunately, the limited number of elite sires now used for dairy herds have horns. Although naturally horn-free breeds of cattle exist, they're beef cattle. To try to introgress 'hornless' genes from non-dairy to dairy cattle would take many generations to achieve animals with the same level of productivity.

Studies of the DNA of naturally horn-free cattle identified a small substituted section of DNA in a non-gene region.  Editing cells from an elite bull to mimic the DNA substitution found in nature duly resulted in two healthy, hornless GM calves.  These were destined to become the founders of the hornless dairy herds of the future, and living proof of the benefits of gene editing.

As in the FlavrSavr story, the FDA wanted proof that the calves' DNA was in fact, identical to what is achievable using natural mating.  This time round, however, the FDA thought it best to do the tests itself.

The upshot was that the genomes of both calves were found to have integrated the whole engineered DNA mechanism designed to induce the edit (after which the cell was expected to destroy it).  Because the novel DNA used to carry out the editing had been generated by E.Coli bacteria, it contained two antibiotic resistance genes and a marker gene added for the easy identification and purification of the bacteria in the laboratory.

Recombinetics scientists had carried out a number of tests for off-target DNA alterations caused by the editing technique and for extra copies of the edit itself.  In other words, their testing focused entirely on the expected  DNA edit. They declared the calves' genomes "free of off-target events" and, further, that their evidence supported the "high specificity" of their gene editing technique.

FDA scientists who proved these conclusions wrong suggested several "probable reasons" for Recombinetics over-confidence in the success of its creation, including failing to look for the artificial bacterial DNA (assuming its absence), and low sensitivity of the method of analysis (a don't look don't see approach).
"As the experts from the FDA pointed out, the errors caused by the genetic engineering technique are unlikely to be individual cases" (Testbiotech).

The lack of gene-editing precision involved animals, but there's no reason to believe the same DNA scrambling won't happen in plants.

All of these 'blind spots' in the screening for GM-induced off-target changes in the genome are dogged by an underlying technical limitation: to analyse DNA you have to, both, know what you're looking for, and, be able to home in on it within the mass of DNA present in the cell.  Put another way, if your technique sets its sights too wide you can't see the trees for the wood.  If your sights are too narrow, you can't see the wood for the trees.  And if you don't know what a wood or a tree looks like, or, you're looking in the wrong place, you're not going to see anything at all (which, of course, is what the biotech industry wants).  It's much easier to miss seeing a DNA error than it is to notice it.

It's concerning that nothing whatsoever is known about how the identified DNA variation is linked to hornlessness: the edited sequence isn't part of a gene (as we understand the term), and its funciton is a complete mystery.

Belinda Martineau, a key player in the development of the FlavrSavr tomato is clear that "regulation of all GE (GM) products - including those that have been gene-edited - should be based on the fact that they were produced using lab-based techniques that we still don't understand very well".  The products of gene-editing "require more regulating, not less" as the biotech industry would like us to believe.  Adequate screening for failures in precision should be mandatory both to make the biotech industry aware of the limitations of what it's creating, and to save it from itself "since these kinds of mistakes reflect badly on the entire sector".

Recombinetics has applied for more than a dozen patents on genetically engineered animals.  Before these flawed animals are foisted on us, tell your regulators what Dr Martineau has pointed out.