Is Pandora a myth? 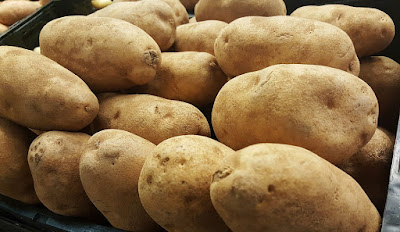 'Pandora's Potatoes' might seem an odd name for a book examining the scientific reality of the GM potatoes now in American supermarkets. Its author, Caius Rommens, and creator of these very spuds, chose the name because, once he had detached himself from the biotech industry and reviewed his past work and the scientific literature, he identified concerns he simply hadn't been able to see before.

Primarily, he noticed the extent of unintended effects in his novel potatoes [1,2]. He realised his GM creations had hidden issues and, just like the contents of Pandora's Box (which should never have been opened), would unleash sickness, death and lots of unexpected evils in the world.

The second part of the book's title is even more intriguing: 'The Worst GMOs'.

Rommens realised that not only were there serious questions surrounding the net outcomes of the genetic modifications he had performed, but that the plant itself, the potato, is the worst possible kind of crop in which to disturb the DNA.

Potatoes are never bred. They're not grown from seed like other crops. There's no sexual reproductive stage to iron out mutations, only generation after generation of uniform potato clones grown from potato plants which have been grown from last year's little potatoes. America's favourite potato, the Russet Burbank, came from a single plant that grew and died in 1873.

Genetic modification of all plants involves changing the DNA in single cells and then culturing these with hormones until they generate a mature plant. Because cells don't reproduce themselves stably in tissue culture, the resulting plants are full of unwanted and detrimental errors. In every plant type except the potato, these mutations can be gradually bred out by repeated back-crossing with the original parent plant. In the case of potatoes, what comes out of the culture flask is what goes into the field then into your mouth, no matter how many extra changes it has acquired in the lab. There is, therefore, a double-dose of genomic unpredictables, one from the artificial DNA manipulation itself and one from the cell culture procedure.

Adding to this problem is that if you want to put several novel traits into one potato (for example, bruise-whitening [1], low acrylamide [4] and blight-resistance), you can't do it by breeding different GM versions together like all other plants. This means you have to re-transform the GM cells repeatedly until all the GM events (and all their accompanying DNA disturbances) are in there.

Rommens has pointed out the evidence of his own experience and of the published data that artificially silenced genes tend to revert to their active form over time. When this happens, the potato has to be re-transformed to re-silence the unwanted gene leaving the original artificial change in place.

J R Simplot Company, where Rommens was director of research when he created Pandora's potatoes, was quick to counter his allegation of trait instability, claiming "Our traits are stable over many generations".

Arpad Pusztai, the first GM potato whistle-blower [3], commented in 2009 that

"The genome of the potato is ... quite an unstable genome" (and that's before any genetic engineers get their hands on it). "I remind you that every bit of the potato plant is poisonous except the tuber, and even the tuber can become poisonous under some conditions."

The silencing of undesirable genes is a major feature of the current GM potatoes. This is achieved by inserting an artificial DNA construct designed to be a perfect match for the gene to be disabled, and which is assumed to generate a single perfect blocking molecule to silence the unwanted gene. In fact, what is produced by the plant is an "uncontrolled, unpredictable and disordered assortment" of molecules, of which one will block the gene as required and the rest will do who knows what elsewhere in the genome. Alarmingly, DNA silencing constructs have been described as "cluster bombs that, when detonated, produce a hazy cloud of diverse blocking molecules".

The Pandora's Box analogy suddenly seems chillingly apt. According to mythology, Pandora was sent by the gods to punish the human (Prometheus) who stole fire from them and gave it to mankind. In the modern version, we don't need any vengeful gods to sort us out, we seem very able to punish ourselves.

*Note on breeding potatoes.
If you did try to breed currently commercialised potatoes, you wouldn't find any useful new traits to develop, and the progeny would suffer from 'inbreeding depression', the opposite of 'hybrid vigour'.

*Note however, that Simplot fails to specify how many generations there are in "many", nor does it indicate the existence of any routine trait-quality monitoring programme.