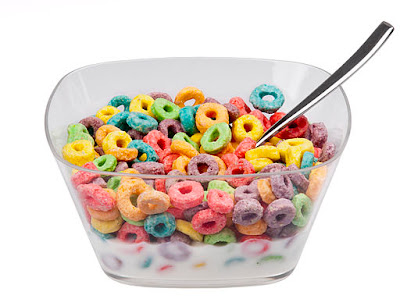 Food allergy is an important public health problem, affecting some 8% of children and 3% of adults.

Allergic individuals suffer from an immune system disturbance which causes an inflammatory reaction to substances which are normally tolerated. A first exposure to the substance primes the system and subsequent exposures cause a reaction. Sometimes several earlier exposures are needed before the body reacts, especially in the case of food.

Allergic responses are highly complex, involving several different cell types and organ systems. They vary according to the route of exposure, for example, skin, nasal or lungs, digestive tract, or body penetration. To add to the complexity, substances referred to as 'adjuvants' which aren't themselves allergens can induce an allergic reaction to other materials presented at the same time.

Acute, severe allergic reactions can be life-threatening. Chronic allergies can be severely debilitating and indirectly fatal.

The risk of unusual proteins forming in the disturbed biochemistry of GMOs and presenting novel allergens in the diet has long been a concern. Even more problematic is that any such protein might be an adjuvant causing immune reactions to common normal proteins. In particular, suspicion has focused on the 'Bt'-type insecticidal proteins now in many GM crops.

Assessing the actual risk of emerging allergens is, however, far from straightforward. In the words of the US Environmental Protection Agency (EPA), faced with the complexity and individual nature of allergic responses (both between and within species) "no definitive method for determining the allergenic potential of novel proteins exists". Assessment, therefore, falls back on indirect indications such as the source and history of the proteins, chemical structural comparisons with known allergens, and digestibility (because fast degradation of a protein will reduce the body's exposure to it). The 'Bt' and other bacterium-inspired toxins in GM crops present an even bigger challenge because they exist in a huge range of synthetic forms all of which could be altered by the GM plant itself and by environmental conditions.

One of the most commonly deployed Bt proteins in GM commodity crops is 'Cry1Ac' to combat moth pests particularly in maize and cotton.

More recently, Cry1Ac has been inserted into soya too where measurable levels are present in the seed, forage and pollen. In 2010, EPA assessment of Bt soya noted that the novel protein had "an existing exemption from the requirement of a tolerance", and classified the Cry1Ac in soya as "acceptable" largely on the basis of a 'history of safe use' in GM maize and GM cotton. Cry1Ac passed their allergy 'tests' with flying colours.

The ease with which Cry1Ac was rubber-stamped in successive GM crops is somewhat odd because in 1999 one engineered version of Cry1Ac (similar but not identical to the native Bt nor to any GM crop versions) was proposed as a cheap, plentiful, convenient, and very effective adjuvant for oral and injected vaccinations. Besides being a potent adjuvant, the authors note that their work, using a standard mouse model, confirms their previous finding that "Cry1Ac is highly immunogenic and induces a mucosal (intestinal) immune response". The mechanism was unclear as there were no structural or functional similarities to other known adjuvants (suggesting that regulators' reliance on chemical structure and historical properties as tests of allergenicity is flimsy).

Fast forward to 2018, and another study using a mouse model and long-term (7 weeks) exposure to the toxin has been published. This confirms that Cry1Ac stimulates the immune system and is "moderately allergenic". Even more worrying, gut tissue changes linked with lymphatic system and colon cancer, inflammatory bowel disease, and coeliac disease were evident, plus positive tests for killer anaphylactic shock responses.


Mice are not a perfect model, but we can't experiment on humans and have to pay attention to the scientific evidence we have.

Bear in mind that Cry1Ac is present in food (GM maize and GM soya), is in soil dust, pollen and plant debris blowing in the air, and is in (unlabelled) GM cotton health-care and feminine hygiene products.

The authors warn that pipeline Cry1Ac-expressing GM crops, such as broccoli, which will be eaten with less processing than maize or soya, contain much higher levels of the protein. They also warn that the actual forms of Cry1Ac generated by GM plants is different from the native bacterial form: their allergenic and adjuvant properties may be less, or may be much more, powerful.

Clearly the evidence that this Bt protein constitutes and allergen/adjuvant risk has been known for quite some time. Together with the possibility that Bt toxins can induce a leaky stomach [1], this potential for immune reactions is scary.

Besides fervently hoping you're not one of the minority Cry1Ac reactors, campaign for elimination of Bt proteins from your food and environment.