GMOs are not GMOs in America 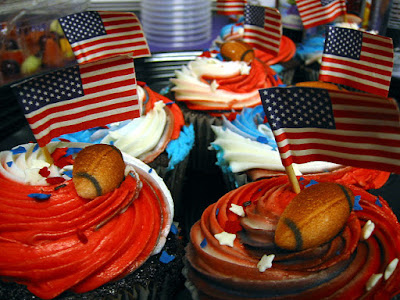 Unlike the Brits, who easily talked themselves into believing gene-edited plants are somehow 'natural' enough not to need regulation, only to be disabused of that notion by the European Court of Justice [1], the American biotech industry has had no such problems. Never having had any GM regulations in the first place made things much more straightforward*. With no clear legal nor scientific concept of what constitutes artificial manipulation of the genome, or of the nature of the risks, it was easy for the US Department of Agriculture (USDA) to pronounce gene-edited plants the same as any other.

In truth, there was nothing else the US regulators could do. Without any existing GMO legal framework to slot gene-edited plants into, putting new laws in place now would be too mammoth a task to contemplate. The easy option is to declare that gene-edited plants are indistinguishable from those developed through traditional breeding methods and that they could arise in nature**.


Also, since the USDA has been quietly approving CRISPR edited crops for some time now, so that at least a dozen gene-edited products are already well on their way to US supermarkets, realistically it's too late to stem the flow now. Nor can the Department fly in the face of US 'light-touch' regulatory policy.

US Secretary of Agriculture, Sonny Perdue, explained: "With this approach, USDA seeks to allow innovation when there is no risk present. At the same time, I want to be clear to consumers that we will not be stepping away from our regulatory responsibilities. While these crops do not require regulatory oversight, we do have an important role to play in protecting plant health by evaluating products developed using modern biotechnology."


Didn't Secretary Perdue just say that GM plants are a risk-free innovation, and that plants have to be protected while the humans eating them just have to take their chances?

America's stance on gene-edited organisms is fully predictable: no one, repeat NO ONE, in the US administration is looking out for the consumer. It seems a mass extinction of America's people will be the only thing that might make regulators sit up and take notice of the unpredictable and potentially harmful side-effects which any form of genomic molecular manipulation might trigger.

This uncontrolled American market is what we're in danger of buying into post-Brexit. Start demanding now that it never happens. A few letters to your MP and MSP using www.writetothem.com would be timely.

* Note. Only potential plant pests, GM or not, fall under USDA regulation.
**Note. Neither of these assertions are based on science, see [2]