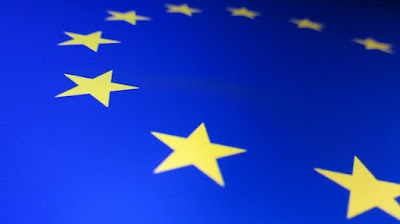 Concerns that the European Commission was getting itself in such a twist just trying to define new mutagenesis techniques that it would never get its head round how to regulate them [1] seem to have been straightened out by the European Court of Justice.

The Court's final decision on gene-editing and the law goes even further than the preliminary opinion issued back in January [2]. Indeed, it has determined that the organisms derived from all new mutagenesis techniques are GMOs. The important points recognised by the Court are that such techniques "alter the genetic material of an organism in a way that does not occur naturally", that "the risks linked to the use of these new mutagenesis techniques might prove to be similar to those that result from the production and release of a GMO through transgenesis", and that they "make it possible to produce genetically modified varieties at a rate out of all proportion to those resulting from the application of conventional methods of mutagenesis".

What the Court has done, in effect, is thwart "a rather clumsy attempt by the GM industry to engineer the deregulation of recently-developed 'gene editing' techniques, as if they were older, entirely non-GM, forms of mutagenesis" (Stirling). It means that the biotech industry will get what it didn't want: gene edited organisms will be assessed for risks to the environment and health, and will be labelled.

This Court deliberation wasn't, of course an evaluation of the science, but simply a clarification of the law. There's clearly no point in trying to legislate now for old mutagenic techniques which have been in use for decades: it would be impractical. You might expect the lawlords would receive some praise for their grasp of the uncertainties inherent in mutagenesis technology, their appreciation of the irreversibility of any negative outcome, their independence from vested interests, and their prioritising of the public interest.

However, led by the Science Media Centre, who managed to co-ordinate a unified response on the same day as the Court press release, the outcry from GM proponents was quite deafening.

The ruling was described as "tremendously disappointing", "dismaying", "a misguided and retrograde step", "shocking", "saddening", "a real hit to the head", "a backward step", "shortsighted", "absurd", "a severe blow", "a bad day", "a setback for cutting edge science", a "death blow" to plant biotechnology, and will "hobble" agriculture with "extra burdens", put "high hurdles" in the way of GM crops, have a "chilling effect on crop research", "hinder investment", "rob" Europe of its scientific lead ... etc. Some went to the fictitious extreme of calling it a "ban" on gene edited crops which would "prohibit" access to the technology "closing the door to plant breeding innovation".

Rumours were circulated that now that they have become the GMOs they always were, the cost of approval of gene edited crops would price universities, start-ups and not-for-profit groups out of the market. GM Watch has pointed out that small organisations with any product which needs scale to develop commercially can only move it forward by, for example, licensing it to a large company with the appropriate resources: gene edited GMOs aren't going to be any different.

Note. No one's mentioning the financial boon the biotech industry will no doubt extract from this ruling: presumably gene edited crops will now be much easier to patent?

There's no doubt that the biotech scientists were displeased that the techniques on which they have built their reputations and funding are now revealed as the risky, human interference in life processes which they undoubtedly are.

The bottom line is: beware fake news. Watch out for assertions that gene-editing techniques are "highly targeted", "highly specified", "highly accurate", or in any way "natural", and for assertions that we will starve or that our food will become expensive without such innovations. These are all pie-in-the-sky, misleading, biotech industry propaganda.

It's been pointed out before that the preliminary opinion of the Advocate General released earlier in the year was widely misinterpreted to suggest new mutagenesis would not be regulated [2]. This fake news was repeated twice in the Science Media Centre's hastily compiled 'Expert reaction' to the final ruling. Seemingly, many media outlets rely on this source for 'reliable' information in lieu of reading anything for themselves, because it was duly repeated by mainstream press. The implication was that the Court had "ignored" it's own Advocate General and made an unsound judgement. This can only be described as propaganda.

Biotech enthusiasts may be good at fooling themselves, but don't let them fool you.