Keep hidden gene-edited crops out of the food chain 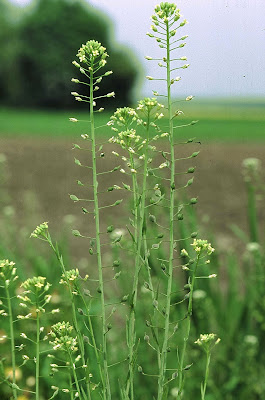 Biotech scientists in the UK have successfully fooled themselves and their regulators into believing that artificial mutation is somehow a "natural phenomenon", and that the outcomes of new mutagenesis techniques could somehow happen in nature. Earlier this year, encouraged it seems by the Advisory Committee on Releases to the Environment (ACRE), our Department of the Environment, Farming and Rural Affairs (DEFRA) was happy to give consent for field trials of GM Camelina*. These experimental crops include two lines produced using CRISPR-Cas9 genome editing [1].


Both scientists and regulators were so convinced that the preliminary opinion issued by the European Court of Justice Advocate General in January this year had said that all mutagenesis techniques should be exempt from regulation instead of what it did actually say [2], that they forged ahead with the development of gene-edited crops. The field trials have, therefore, not been subject to any GM-related safeguards.

In the event, the Court has ruled that gene-edited plants are GMOs and are subject to all the same GM regulations as any other plants derived from molecular techniques: this includes health- and environmental risk assessments which the CRISPR Camelina hasn't had.

Gene Watch UK and GM Freeze have pointed out that these GM Camelina trials are unlawful and have written to Environment Secretary, Michael Gove, to demand an immediate halt to them. NGOs have written to European Commission President, Jean-Claude Juncker asking him to take action against any EU member states that have already permitted field trials of gene-edited crops**.

Juncker has also been asked to ensure that gene-edited foods do not enter the market without authorisation, and that methods for the detection of all GMOs are developed. These safeguards are vital because the first product developed using a gene-editing technique, Cibus' herbicide-tolerant GM oilseed rape, is already grown in the US and Canada: it is now "likely entering the international commodity chain" and "it can therefore not be excluded that (gene-edited) commodities .. are imported in the EU" (Cibus).

Although GM Camelina first hit the headlines as a sustainable source of omega-3 oil for feeding farmed fish and as a basis for a healthy margarine [3], the present field trials are aimed at growing industrial oil products currently derived from petro-chemicals. Such substances are not something we want leaking into our food chain.

Also, wild relatives of Camelina which could provide an intermediate for gene flow between different Camelina crops grow in the UK.

Think about adding your voice to the NGO demands to put controls in place on the growing, traceability, and importation of new GMOs. Make it clear that, as the European Court of Justice says, gene-editing carries all the same risks as genetic transformation. Brexit mustn't be used as an excuse to pretend that artificial is somehow natural or that the risks are somehow naturally negligible.

Check out what GM Freeze and Gene Watch have to say on the matter.

*Camelina is also known as 'false flax'. It's an oilseed plant grown in Europe and parts of America.
** Besides Britain, Sweden, Finland and Belgium have also permitted field trials of gene-edited GMOs which are now illegal.
SOURCES: