Realistic mixtures of common chemicals are not safe 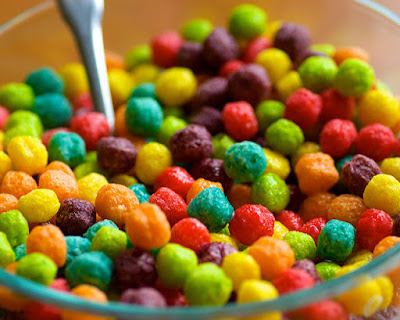 The chemicals we're exposed to are checked by careful scientific experimentation to see what level we can safely consume. Science doesn't allow side issues to muddle the results: the substance being tested isn't contaminated, the animals fed the substance aren't compromised by background ill-health, poor nutrition or old age. This is good, controlled, repeatable science.

To add to the certainty that nothing irrelevant is skewing the result, a key part of the definition of a 'toxin' is that the substance becomes more harmful as exposure to it increases.

In real-life, however, things are different. We're not all young, healthy and well-fed, and in truth we're routinely exposed to a witch's brew of substances plus impurities, albeit on a micro-scale.

The action of each of these chemicals on the body is different: they wouldn't, therefore, be expected to have any additive effect inside you which would make them more toxic. This justifies assessing each one separately. However, besides direct toxicity, other interactions are possible; for example, disruption of endocrine hormones, strained detoxification processes, depletion of system-cleansing anti-oxidants, not to mention a host of adaptive, activating and saturation responses. When things like these are going on, adverse effects of a chemical may not increase with dose in the orderly fashion of a classical toxin.

Standard rat feeding studies are arbitrarily fixed at 90 days, equivalent to nine human years. This isn't much time for reactions beyond the purely toxic to develop. The lab rats are still youngsters at the end of the experiment.

Noting the absence of prolonged testing of low-dose exposure to mixtures of chemicals, scientists carried a simulation of real-life dietary contamination.

They fed rats for 24 weeks (equivalent to 18 human years) on a mixture of 13 chemicals we're routinely exposed to. The test substances included pesticides such as glyphosate herbicide*, the artificial sweetener aspartame, toxins which leach from plastic food packaging, preservatives, a colour stabiliser, and acacia gum thickener. Rats were fed this potion at the acceptable daily intake (ADI) set in the EU, while a second group was given a diet containing one-quarter of the ADI and a third group was fed five times the ADI.

The results indicate the low 'acceptable' levels of chemicals in our daily intake could, indeed, be combining to cause us harm. Most of the health markers measured didn't show a linear response to dose. This could mean that the 'safe' levels of common substances allowed in our diet are anything but safe, and due to adaptive processes could even mean that 'acceptable' levels are way too high.

Male rats, in particular, ate and drank more and gained more weight when exposed to low doses of the chemical mix. These rats also had signs of liver toxicity. Adverse effects manifesting in one sex are indicative of hormone disruption.


These findings may shed a whole new light on increasing chronic disease, such as, the tripling of obesity since the 1970s, and the decreasing male fertility indicated by crashing sperm counts (also predictive of mortality) between 1973 and 2011. It' unlikely that any of these modern ills can be traced to a single, easily identifiable chemical cause, but at the landscape level, the present day chemical cocktail we're taking into our bodies is, simply, harmful. Put another way, the Acceptable Daily Dose is far from acceptable.

Toxicological dependence on linear dose responses (bigger dose = greater harm), on short-term testing, and on isolated substances, is in need of modernisation with a good dose of sophistication.

What is now adding to this toxic mix in our food is GM-related novel materials: Bt and other bacteria-derived insecticides, several herbicides, and a whole stack of other unknowns.

The finding that one particular combination of Bt insecticide and herbicide-tolerance stacked in one crop may cause a 'leaky stomach' in the consumer [1] makes the need for the testing of realistic chemical mixtures in our diet imperative.

Ask for landscape-level testing of everything that's in GM food before you feed it to your family.

* glyphosate is sprayed on, and accumulated by, most GM crops and is widely used in conventional agriculture, parks and gardens