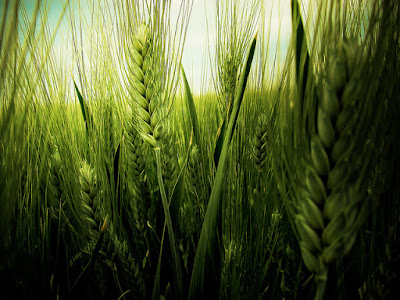 However, the recent US Department of Agriculture (USDA) decision that gene-edited crops are somehow not genetically engineered [1], has opened the door to the development of new-GM wheat.
Second in the pipeline* is a 'nutritionally-enhanced' wheat. The added 'nutrition' is extra fibre which seems to be there to replace the fibre extracted during food manufacturing processes. Paradoxically, high-fibre new-GM wheat seems to be aimed at the health-conscious consumer, the sector least likely to want it.

Early in the new-GM game, there was 'a feeling' that GM-wary areas like the EU and Japan, would accept gene-editing. This has turned out to be wishful thinking [2].

No information on the safety of new-GM high-fibre wheat has been revealed. However, fibre is part of the plant's complex carbohydrate metabolism and the potential for unexpected, unhealthy GM-generated by-products is high. There is a real risk of damage to human health, environmental disruption, and increased crop susceptibility to disease and pests.

Despite GM wheat never having been anywhere near commercialisation, field trials have been on-going since 1998. In that time, there have been at least three GM wheat contamination incidents in America, while Canada is just recovering from a costly wheat import ban by Japan after rogue GM wheat was found in a ditch in Alberta. Trials of this experimental wheat had taken place in the early 2000s, at a location 300 kilometres distant from the contaminated site. The cause of this gene escape is unknown. Widespread gene flow from any new-GM variety is inevitable.

However, even without any safety testing , commercialising any cultivar typically requires lengthy trials and time to ramp up seed supplies,. The fibre-boosted GM wheat isn't going to appear in shops any time soon.


High-fibre novel wheat seems to be another GM answer to a health problem caused by modern human food production practice in the first place.

History has shown that the genetic pollution of wheat, a staple crop, is inevitable and may be crippling. Safety of the new-GM wheat with its disturbed carbohydrate content is not even being considered.

Another food to watch out for post-Brexit.

*The first new-GM wheat is a mildew-resistant variety.