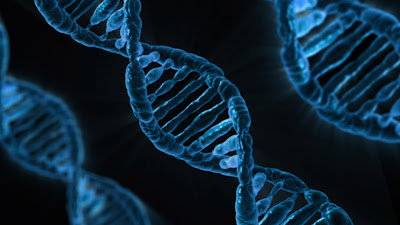 In October last year, the Wall Street Journal's Global Food Forum provided a platform for the biotech industry to promote its latest GM escapade. This is, of course, 'gene editing' which can be done using a variety of different techniques [1] all of which are fancy versions of GM.

Executives are busy strategising on how to 'sell' edited-GMOs to a suspicious and sceptical public.

So far, they seem to have come up with all the same PR angles that didn't work first time round:
Is any of this people-are-ignorant-gene-editing-is natural/precise-reject-gene-editing-and-people-will-die rhetoric any more true now than it was when applied to old-fashioned GMOs 20 years ago?

The "premier genome editing tool" is CRISPR/Cas9 [2]. This can be applied to any life-form, but information about genetically edited food plants tends to be cloaked by Big Biotech patents. Scientists applying CRISPR/Cas9 to animals, however, are able to speak out about its shortcomings: and there's no reason to think these are radically different in plants.

Three studies on non-target effects of CRISPR/Cas9 on mouse genomes were published in 2017 (one is described in [3]). All of them identify a plethora of DNA structural changes: deletions, inclusions and rearrangements, ranging from single building blocks in the DNA chain to whole chunks of the genome. One author refers to these bluntly as "molecular scars inflicted on the ... genome", and the scars are scattered about.

Worryingly, the studies also highlight CRISPR/Cas9-induced changes in gene expression. For example, a section of DNA forming part of the whole gene might be present, but simply not read by the cell's protein-creating mechanism. Or, a section might simply be spliced out during the protein-producing process and disappear . These could produce some very strange but functional protein variants.

What all this tells us is that the conventional DNA analytical technique routinely used to check if the CRIPSR/Cas9 has performed the required editing on the required specific site in the genome is insufficient: it won't reveal the co-lateral damage lying outside the genomic region examined; and it will show the expected DNA is present no matter how distorted it's expression has become as the cell strives to 'correct' the edit.

One team pointed out that where a gene had become edited on only one of the pair of chromosomes, analysis might only pick up the unedited (non-GM) DNA present, and the GMO will escape detection. Another team reported data which indicated that the mainstay of the CRISPR-is-precise rhetoric, the computer screening for alternative DNA matches which CRISP/Cas9 might latch onto by mistake elsewhere in the genome, had totally failed to prick up the damaged sites they actually found.


Natural genes can alter their expression to produce protein variants appropriate to the cell, to the tissue, or to changing physiological and environmental conditions. This fluidity is necessary for life and for health. Natural cells have a molecular surveillance mechanism which fixes any errors arising in the DNA. It seems that CRISPR/Cas9 gene editing is anything but precise, may by-pass the cell's DNA repair process, and has the potential to generate whole swathes of protein variants which the cell doesn't need and which could be toxic.

Highlight the proven imprecision of CRISPR any time you see the scientifically-unsupported suggestion of its precision repeated in the media.