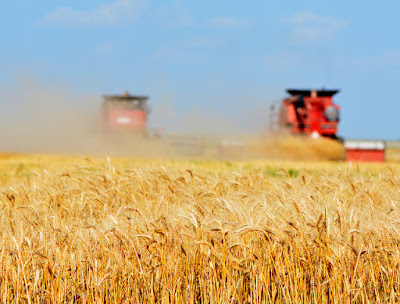 A retired Senior Executive of the US Environmental Protection Agency (EPA) recently described how American agriculture is on a "treadmill to oblivion", blinding itself to the reality of what's happening on the farm and of where that pesticide treadmill isn't going. Add to this, an "unparallelled ability ... to forget what we once know" about how to keep the soil healthy the pests at bay, and the crop yields high without fertilisers and pesticides.

Fundamental to the problem is that US crops and agriculture have become uniform in every possible way: genetic monotony, monocultures in the fields, the same crops in every geographical location, zero crop rotation, and cosmetic perfection from farm to fork. Add to this a regulation-averse White House, an EPA under an anti-EPA chief, and regulators deferring to industry are combining to push American agriculture over the cliff.

The antidote to uniformity is, of course, diversity. And the antidote to the regulators who have let go of the helm is for the farmers themselves, the people who know how to farm properly, to show the way.


The retired Senior Executive's article doesn't mention GM crops once: it doesn't need to because every problem specified is being exacerbated by GM, and every solution offered has no role for GM whatsoever within it.

Sadly, with the rash of seed pre-emption laws rushed in by so many States [1], it seems that corporate guiding hands will make sure the Senior Executive's hope that the farmers themselves will lead America back from the brink can't easily become a reality.