Organic food is a safe choice 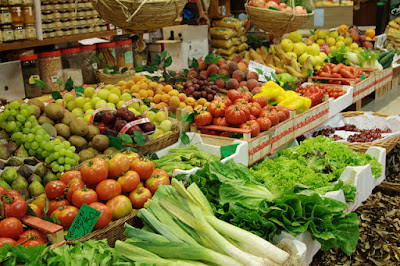 In the face of growing concerns that our current chemical-dependent food production systems are neither sustainable nor healthy, the European Parliament has commissioned a review of the scientific evidence of the impact of chemical-free, organic food production (see Note below).

The evidence available for review was sparse, lacking in direct human health or long-term studies, limited by reductionist data, and absent mechanistic explanations for results. In particular, the reviewers led by Swedish University of Agriculture scientists, reported that epidemiological surveys have had a very low impact on regulatory assessments despite involving real-life exposure to multiple chemicals and whole human populations.

One important, but side-lined, US population study linked pesticide levels in the mothers' body (assessed from urine levels) with impaired cognitive development in their children.

Another study found that the grey matter was thinner n the brains of children whose mothers had a high exposure to insecticides (organophosphates).

The review states "At least 100 different pesticides are known to cause adverse neurological effects in adults, and all of these substances must therefore be suspected of being capable of damaging developing brains as well ... Such adverse effects are likely to be lasting and one main outcome is cognitive deficits, often expressed in terms of losses of IQ points. The combined evidence suggests that current exposures to certain pesticides in the EU may cost at least €125 billion per year, as calculated from the loss of lifetime income due to the lower IQs associated with prenatal exposure." This calculation is described as "almost certainly" an underestimate as it does not consider the possible contribution made by pesticides to other diseases such as Parkinson's, diabetes, certain types of cancer, and others more difficult to pinpoint.

An organic diet is strongly suspected of reducing the risk of childhood allergies, obesity, chronic diseases such as type 2 diabetes and cardiovascular problems, immune system development and non-Hodgkins lymphoma (a blood cancer).

Current risk assessment is inadequate at addressing mixed exposures which could involve complex outcomes such as endocrine disruption and cancer.

On the subject of nutritional benefits of organic produce, the vary far too much for conclusions to be drawn (or perhaps we just don't yet have adequate, validated methods for measuring the vitality, healing or stress-reducing qualities of our food). People who favour organic foods tend to lead healthier life-styles, making the role of their food unclear.

However, the review singled out three key areas in which a move to organic systems could address health issues.

A number of policy suggestions were put forward including:


Organic food has always been the bogey-man for GM. All current commercial GM crops are hoaching with agri-chemicals and self-generated insecticides. Most of them are grown to feed those same animals which need so many anti-biotics that they're generating anti-biotic resistant bugs. GM crops are also feeding the processed junk-food industry which makes all that stuff people who favour organic food and healthy life-styles avoid.

On the subject of pesticide residues in food, even National Farmers' Union advisers on the matter agree that

"our understanding in these areas is limited, the evidence is not conclusive, and the significance of the latest findings for public safety is unclear".

Industry has been very adept at turning this lack of knowledge and understanding into 'no evidence of harm' and therefore 'evidence of safety'.

Industry will be as adept at sweeping the European Parliament review of "Human health implications of organic food and organic agriculture" under the carpet if you let it: keep it in the regulatory awareness.

Definitions of "conventional" and "organic" agriculture used in the review:
SOURCES: