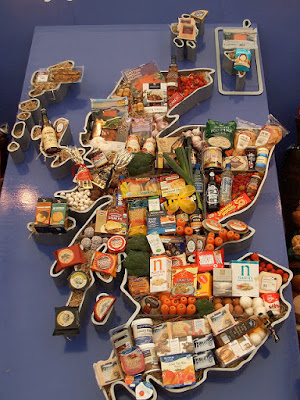 Scotland's renewed vulnerability to GM-by-force has been highlighted by our Rural Economy Secretary, Fergus Ewing.

Scottish produce has an excellent reputation around the world.  Food and Drink export is one of the standout success stories in our economy in terms of jobs and growth.  Earlier this year, the Scottish Government launched ‘Ambition 2030': an ambitious plan to target export markets for growth over the next 3 years that, if successful, will more than double the current turnover of our country's food and drink sector.  The outcome will make Scotland a model of responsible, profitable growth.

In 2015, Scotland requested exemption from EU consents for the cultivation of GM crops. This 'opt-out' is extremely important for our £5.5 billion food and drink industry.

After Brexit, Scotland's 'opt-out' will no longer be in force and we'll be at the mercy of whatever GM whim Westminster chooses to impose on us.

Ewing has noted that the UK Environment Secretary, Michael Gove, has committed to no weakening of environmental protection after Brexit.  However, there were caveats in Gove's speech which hint at some clever PR hedging, rather than any intended GM-free business-as-before for farmers and exporters in Scotland.

Gove avoided mentioning the GM hot potato, but placed much emphasis on putting science at the root of environmental policy.  As Ewing pointed out:

"there are many types of evidence, of which science is one, that are important to consider in any policy development, for example socio-economic evidence".


Comment. Readers of GM-Free Scotland will also be well aware that there's science and industry science, and the latter tends to 'prove' whatever industry wants it to.


The UK Department of Environment, Farming and Rural Affairs (DEFRA) insist that policy and regulation of GM products should be "science-based and proportionate".

Also ask yourself whose interests will be considered in determining what constitutes 'proportionate' controls on GM?

'Responsible' production of food and drink means a race to the top based on food quality, and not using dubious, high-tech crops and systems when we have conventional ones which provide the quality we promise.

Our Rural Economy Secretary suspects Scotland is going to be sold down the river into GM slavery after Brexit when we will become tied to American hands-off food standards regulation.

Make sure your MP and MSP are very clear you expect them to protect your health, your environment, Scotland's future, and your right to choose all of these.  You can contact your government representatives using www.writetothem.com.