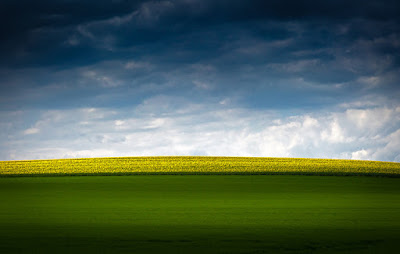 "It is agronomically, ecologically, nutritionally, and economically risky and unsustainable to rely almost exclusively on a handful of major crops to provide food for the world's (future population)" (Dempewolf).

The 'agronomic' problem is the need for crop diversification to achieve adaptation and resilience of our food production systems in the face of climate change.

The 'ecological' problem is that monocultures are an unbalanced hole in the ecosystem which can generate disease and spread toxins.

The 'nutritional' problem is that a diverse and varied diet is vital for our nutrition and health.

The 'economic' problem stems from all of the above.

Two obstacles to agricultural sustainability have been identified, both arising from GM 'silver bullet' solutions.

The first is the claim that GM crops are necessary to secure food production within the next decades.  This claim has no scientific support but is rather a reflection of corporate interests.

The second obstacle stems from the first: commercial and government funds are being poured into GM.  For example, the European Commission has supported GMO projects to the tune of €300 million from 2010-2013, while conventional crop research received only €4 million.

The erosion of crop diversity was evident before the GM era, but is being hugely exacerbated since biotech industry interests entered the fields.

Just how far-reaching the phenomenon and its consequences can be has been illustrated by India's experiences.

Indian farmers grow only one GM crop, Bt insecticidal cotton designed to control bollworm.  Growing has expanded very rapidly in the last 10 years, with GM cotton forming over 90% of the crop since 2011.

This shift represents a loss of the many traditional, native, locally adapted cottons in favour of limited American varieties promoted by the biotech industry.

Aggressive marketing of Bt cotton to Indian farmers has not only expanded the growing of GM, but has also expanded the growing of cotton.  Areas which once grew foods, green manures and animal fodder now grow cotton.  For want of any alternative, livestock are fed Bt cotton stubble and seedcake: there's a lack of systematic data on the health of these animals, but shepherd and veterinary observations have raised unanswered doubts.

In this way, human wellbeing, agricultural health and livestock have been negatively impacted by GM cotton monoculture.

In some parts of India, illegal herbicide-tolerant GM cotton is being grown.  The spraying of this crop with weedkiller which will destroy all non-GM plants also prevents traditional diversity through intercropping or mixed cropping.

Farmers trying to move back into non-GM cotton will find little such seed on the market, and anecdotal evidence suggests they're likely to be sold old, low-quality seed from cold storage.

Agricultural universities which maintain collections of germplasm for future crop development and diversification are reporting their stocks contaminated with Bt genes.

Is there an answer?  No, but there are answers, diverse answers.

One of these diverse answers is agroecology.  The British Ecological Society tells us:

"Agroecological practices have already been adopted by many smallhold farms around the world. These practices include the use of home-made organic fertilisers, plant based insecticides, mixed cultivation and intercropping. In Havana, the capital of Cuba, small and medium scale urban famers employing agroecological methods produced around 90% of the fresh produce consumed within the city.  Productivity data compiled on these smallhold urban farms found their efficiency ratio to be 15-30, while industrial farms in the UK and USA average 1.5, meaning in some instances these small farms are 20 times more efficient than industrial farms.  Not only are these systems more efficient, but they are more resilient too, with polyculture and agrofrorestry systems proving far better equipped to withstand extreme climate events than monocultures.  The challenge for those championing agroecology is how to upscale these successes to compete on the level of industrial farming."

These principles aren't just for developing countries.  Back in 2013, the UK Government was presented with a report on "Mainstreaming Agroecology:Implications for Global Food and Farming Systems" (PDF). Tell your MP to ditch GM because agroecology is where we should be heading.