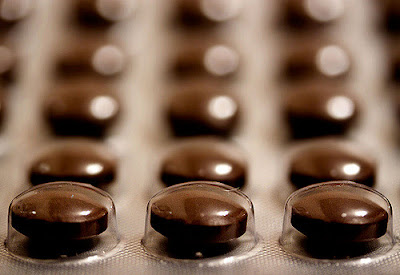 Many food and feed additives, produced once upon a time by chemical synthesis or extraction from natural sources, are now derived from fermentation of GM micro-organisms (GMMs).

EU rules require that such additives in the final product must be pure. This means that the GMM itself (alive or dead) or any artificial DNA inserted into it must have been removed.

Accordingly, no special labelling is required for GMM-derived additives. Also, there is no regulatory control system in place for the products of GMMs. It is assumed the company marketing the additive will verify the absence of the GMM and its novel DNA in the final substance.

Besides use as food processing aids and as a means of conferring artificial qualities on food products, GMM-derived additives include 'health' promoting substances, such as vitamins.

In 2014, EU regulators were notified that a German official enforcement laboratory had detected live GM bacteria in a consignment of 'riboflavin' feed additive from China.

Riboflavins include vitamin B2 and colourant E101. It's added to processed foods and feed as an essential nutrient and may be added, for example, to processed dairy products to give them a more attractive 'healthier' looking orange-yellow hue.

The GM bacterium (Bacillus subtilis) used to produce riboflavin is commonly found in nature and generally not considered to have a pathogenic or toxic potential. It has a long history of safe use in large-scale fermentation for the production of enzymes for food processing. Natural strains of B. subtilis produce riboflavin and some variants carry a mutation for over-production of the substance. This makes them 'low risk' in the eyes of regulators.

However, later analysis of the contaminant GMM has raised a number of safety issues.

For example, the fidelity of the protein translation system in the GM B. subtilis was found to be compromised. This could lead it to produce novel proteins of unknown toxicity.

Also, the bacterial strain isolated from the riboflavin was clearly different from the one the Chinese company claimed to be using.

Two antibiotic resistance genes (to chloramphenicol and erythromycin) were acknowledged by the manufacturers, but the GM B. subtilis isolated also contained resistance genes to four other antibiotics (ampicillin, kanamycin, bleomycin and tetracycline).

The fact that the GMM was detected in 2014 and the detailed analysis has only just been published in 2017 highlights one of the biggest concerns regarding the plethora of GM microbes being used to create food-like substances. There's no database of the organisms in use in factories which would enable easy detection. There's clearly no validated quality control system in place to ensure the GMMs are what they're meant to be.


Natural over-production of riboflavins is a very different kettle of microbes from GM bugs stacked with several man-made genes to promote hyper-generation. The lessons of the tryptophan 'health' supplement which become lethal when over-produced by GM microbes [1] may have to be re-learned.

Recognised opportunities for horizontal gene transfer between microbes in livestock guts, added to the finding of GMMs stacked with antibiotic resistance genes in their feed, could be ominous. What role could high-tech animal feed nutrient additives be playing in the spiralling antibiotic resistance in pathogens now killing people suffering previously treatable diseases?

The authors of the 2017 analysis of the isolated novel B. subtilis "assume" that, since no other report of a GMM has been notified to the EU regulators, "the finding of a GMM in this product group was an exceptional and singular case". However, due to the lack of specific detection methods for microbe production strains, it's equally possible that invisible GM contamination of food and feed additives is the norm.

Would it be too much to ask that routine, fully validated and accredited testing (which means complete transparency on the part of manufacturers) should be put in place for all GM-derived substances? This would, of course, be much simpler if all these additives were honestly labelled with regard to their source and nature.