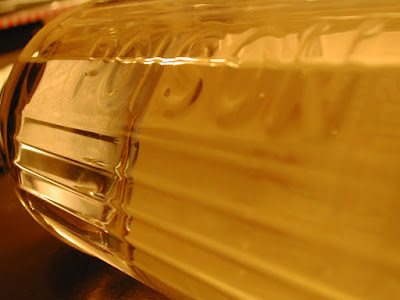 Usefully for those companies trying to push their chemicals onto the market, some aspects of routine toxicological assessment seem to be stuck in the 16th Century.

A recent study of one of the shortcomings of modern toxicology starts by pointing out that its central paradigm, "the dose makes the poison", dates back to the revolutionary thinking of Paracelsus (see below). It goes on to demonstrate that the dose sometimes makes the poison, but not always, and in the real-world probably rarely.

According to the classic model of poisoning, a substance enters the body where it causes identifiable harm in specific organs or tissues after which the body clears it out, commonly through the kidneys.

The 'dose' effect is that, if there's very little of the poison, the body is able to deal with it. As the dose increases, the body becomes increasingly harmed, and a threshold is reached above which the body can no longer cope and the individual dies.

Underlying concepts of the classic poison include a need for the presence of the toxin in the tissue harmed and the disappearance of harm once the substance is no longer in the body.

In this model, the effect of two toxic substances is additive only if they both target the same tissue. If they attack different tissues, their action is independent.

Companies which flog chemicals and regulators who find real-life complexities difficult to deal with cling to this simplistic dose-effect model: it means a toxic effect can be proved or disproved just by increasing the dose and looking for an increased level of harm; it means that if a toxin doesn't linger in the body, it can be assumed not to have any harmful effect; it means that 'safe' exposure levels can be defined, testing can be short-term, and death can be an end-point.

The short-comings of this model are becoming increasingly obvious: sometimes it's wrong. For example, substances which trigger harm long after they've gone, such as the ability of DNA-disruption to lead to cancer. Or immune-system disruptors leading to chronic inflammation or auto-immune disease. Or hormone disruptors (which can be more potent at lower concentrations) leading to fertility or developmental dysfunction.

Identification of such effects requires acknowledging that there may be no safe dose, that the harm may not increase with increasing dose, that harm may be present long after the toxin has gone, and that only long-term testing and clinical studies have any hope of giving any warning.

Moreover, in the real-world, we are exposed to episodic and repeated waves of multiple toxins: their interactions can be anything but additive, and may never be independent.

The study which mentioned Paracelsus' lingering influence described the need for a new paradigm to "take into consideration temporal aspects of toxicity".

Even after a toxin has been cleared from the body, it takes further time for the body to re-establish a state of healthy balanced functioning. Some toxin-induced physiological disturbances take longer than others to correct. The researchers studied sample toxins whose recovery time in their test animals varied from less the three days to as much as 168 days. They demonstrated that if a body is exposed to a second toxin before it has had time to recover from an earlier one, it's more likely to die. In fact, their experiments found up to 27 time greater likelihood of death after exposure to a second toxin before recovery from the first. This held true even when the two toxins targeted completely different organs.

The study concluded that


"we are potentially severely underestimating the risk from chemicals"

and called for "novel concepts" for the toxicity assessment of environmental toxins.


Elements, such as pesticides, novel proteins and novel DNA in GM food may well induce stresses in the body due to their artificial nature but are unlikely to conform to anything like the toxin-according-to-Paracelsus.

We clearly need to be measuring holistic stress levels rather than the presence of a chemical and its direct, short-term effects. If the chemical is in food, we are likely to be chronically stressed by it.

Modern science has the technology. It's up to you, the public, to inspire the political will to resist industry lobbying and to fund modern, meaningful safety testing.


Paracelsus (1493-1541)
"Sola dosis facit venenum" - only the dose makes the poison.
Swiss-German philosopher, physician, botanist, astrologer, general occultist, and contemporary of Copernicus, Leonardo Da Vinci, and Martin Luther, Paracelsus is credited as the founder of modern toxicology for his revolutionary use of observation rather than ancient texts.
Wikipedia