Noise to drown out the science 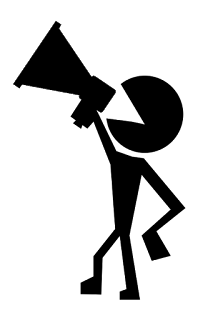 US law-makers have been urged by one outspoken anti-regulation journal editor to recognise that "a healthy economy with people employed is the cornerstone of a healthy population". That population, however, is "fed by the food industry, which pays no attention to health" (Berry).

What the food industry does pay attention to is its own financial health, and any law-makers who try to make food healthier (so as to maintain that healthy population) are not good for its bottom line.

Science is fundamental to food quality, but industry and its lobbyists have worked out all sorts of creative ways to undermine inconvenient facts emerging from the lab.

Creating noise is the favoured tactic.


"The system can't manage all that noise. The science tends to get lost and the politics wins or the economics wins. When there's that much noise going on, other factors start to resolve the dispute and they're not factual."

However, the noise creation isn't always so obvious.

Creating 'scientific' institutes and associations is remarkably easy. These may boast independence, declare themselves not-for-profit, and sport respectable-sounding names (and may even be hand-in-hand with governments), but nevertheless are supported by parties with a vested interest in muddying the data, conflating science and opinion, and obscuring the truth.

Creating journals to counter anti-industry science by publishing 'science' more suitable to the needs and wants of industry needs goes back a surprisingly long way.

Science for Sale, an investigative series by the Center for Public Integrity, has highlighted that 45 years ago, the journal Critical Reviews in Toxicology came into being to be "the voice of reason" in an era of "chaos and turmoil".

All that "chaos and turmoil" were apparently caused by the number of regulatory actions and proposals to control the chemical industry which "have bewildered the consumer and had a crushing effect on industry" (Golberg*, founding editor of Critical Reviews).

*Incidentally, Golberg, was co-creator of diethylstilboestrol DES), a synthetic hormone used for decades by pregnant women to combat morning sickness and miscarriage, until it was linked to cancer and fertility problems.

Along with a sister journal, Journal of Regulatory Toxicology and Pharmacology which appeared ten years later, Critical Reviews' editorial board is laden with scientists and lawyers employed by industry. Both journals have been called "egregious examples" of the problem of industry influence on science. Their articles are often used to stall regulatory efforts and defend court cases, indeed Critical Reviews became one of the most cited toxicology journals while drawing a spate of criticism. It was Critical Reviews which published Monsanto's IARC rebuttal papers mentioned above. Regulatory Toxicology is financed in part by the tobacco, pharmaceutical, and chemical industries.

Leading lights of Critical Reviews have also been involved with running the Chemical Industry Institute of Toxicology (CIIT), another one of those respectable-sounding organisations which actually engages in industry-friendly, industry-funded research on the health effects of chemicals, and training and education programmes to promote industry-friendly education at many levels from schools up.

Finally, a completely different, more modern anti-regulation movement is springing up across America. This one is grass-roots creation of local food networks, free from meddling politicians, free from ever-expanding, costly regulations, and free from corporate control. It perceives the cornerstone of a healthy population to be sovereignty over its food, nutrition and trade. The aim is to escape the chains of the global corporate system that thrives on an ignorant and powerless population,


"to put people back in the land to learn from it, work it, restore it, and steward it for subsequent generations" (Chuck Ros, Vermont Farm to Plate Network).

However, perhaps the local food movements should watch their backs: the creators of all that carefully constructed noise to drown out any science which might create regulation and damage their bottom line doesn't like people who think for themselves and who refuse to buy their unregulated products.