GM plants in the shade 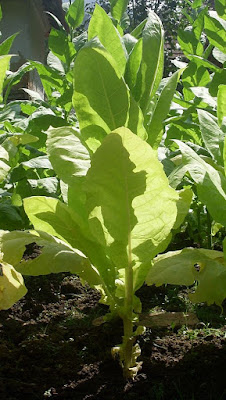 The basis of all the food supply for all animals (including humans) is the ability of plants to photosynthesise, that is, to use the energy in sunlight to build sugars using carbon dioxide gas from the air and water from the soil.

Biotech scientists trying to boost crop yields have focused on 'improving' photosynthesis, but the biochemical pathways involved are dynamically regulated in the plant and are highly complex, too complex so far for meaningful human intervention.

A new approach aimed at 'improving' photosynthesis indirectly, and funded by the Gates Foundation, has been quick to announce a successful proof-of-concept field-trial in the scientific and popular press.

Plants are, designed to harvest sunlight, but when the energy from the sun outstrips the available carbon-dioxide to channel it into sugar production, the plant risks sunburn from all that unused energy.

All flowering plants have, therefore, built-in mechanisms to quench any excess absorbed energy from sunlight very quickly, before it can cause them damage.  When the affected area (such as a leaf) finds itself back in the shade, the protective mechanisms relax to adjust photosynthesis and carbon-dioxide use back to an optimum rate for the prevailing light conditions.

Scientists have noted that, while the energy-quenching springs into action immediately when harm threatens, the relaxing-readjustment when protection is no longer needed is a slower process.  Seeing this delay as a lost opportunity for photosynthesis which reduces net yields under normal field conditions of continually changing cloud- and sun-position, scientists set about adding genes to speed up the relaxation of the quenching process.

Although "the quenching site and quenching mechanisms involved are still debated", two processes known to be important were boosted with extra genes to speed things up.  One of these is a protein which appears to adopt alternative conformations to trigger both quenching and relaxation.  It's been found that the presence of more of this trigger seems to make the photosynthetic reactions to light and shade happen faster.

The second is a pigment-based anti-oxidant mechanism which scavenges the destructive oxidants produced when there's too much sunlight energy in the system.  Speeding up this mechanism somehow seems to make the arrested photosynthetic process get back in gear faster when plunged into the shade.

The proof-of-concept field-trial was performed using tobacco, a common model crop plant.  Photosynthetically-improved GM tobacco produced about 15% greater biomass with increases both above and below ground, and taller plants.

GM plants whose mechanisms for dealing with environmental stresses have been uncoupled from normal responses may not be too robust despite their impressive size.  While such side-effects remain to be studied, the scientists are already putting their artificial genes into maize and rice in the hope that the increased biomass will translate into increased grain yield.

Biotech giant, Syngenta, has been quick to strike a deal to be the first to get its hands on the results.  On the other hand, the Gates Foundation has expressed determination to see the technology make its way to African farmers at low cost.  However, as one of the researchers emphasised in an interview, a long road lies ahead before any results from ths work might reach farmers' fields.

No matter what transpires, this is the first really promising yield-boosting GMO, and it may well prove a better PR opportunity than the ever-struggling golden GM rice [1,2].  Indeed, where Gates is, the press are never far behind, and the PR machine has already been set in motion.

However, besides the possibility that these great big GM plants are super-vulnerable to environmental stresses, the 'long road' referred to by the researcher includes:

Note that no one has worked out how the energy-quenching protein actually works, nor what else it might interact within the plants' physiology.

Add to this that the pigments involved in oxidant scavenging are nutrients used by animals (and humans) for eye health, and are highly biologically active substances.  We can't help remembering the tryptophan disaster of 1989  when bacteria (much simpler organisms to genetically transform than higher plants) had multiple artificial DNA constructs added to increase their production of this supplement.  Many deaths and permanent disability resulted when the boost caused a toxic chemical change.