British researchers studying the legendary health-effects of green tea have concluded that the legends are true. The ancient Chinese prescription for a long and healthy life does, indeed, protect against the deterioration of brain cells and the growth of cancerous cells.

This is a particularly exciting finding because green tea is popular, inexpensive and, unlike the current drugs on the market to combat age-related nerve degeneration and cancer, has no side-effects. 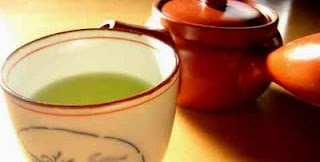 Newcastle University's Medicinal Plant Research Centre has been investigating the properties of tea, both green (unfermented) and black (fermented), for several years. Previously, it had discovered that tea contains substances which protect against neurotransmitter break-down and protein deposition, both of which are characteristic of brain cells in sufferers of dementia. Some experiments suggested that green tea in particular could continue to exert its protective effect for as much as a week after treatment.

Scientists have long been aware that tea has high levels of very diverse 'polyphenol' phytonutrients, and anti-oxidants such as the amino-acid, theonine (which is also calming and enhances flavour). These have been shown to have health benefits. Tea, as we drink, it is an extraction of such phytonutrients plus a great many other interacting substances made by living plants. Once we have digested the tea, the phytonutrients are broken down into an even more diverse array of interacting substances.

Aware that some vital nutrients identifiable in a food or drink may no longer be available to the body after digestion, the Newcastle researchers designed experiments using tea which had undergone simulated human digestion.

They found that the digested phytonutrients from green tea were actually more effective in protecting against nerve-cell deterioration and cancer cell growth than the undigested substances.


“There are certain chemicals we know to be beneficial and we can identify foods which are rich in them but what happens during the digestion process is crucial to whether these foods are actually doing us any good.”

OUR COMMENT
We mention this research as an example of the limitations of tests based primarily on the composition of a food.
Compositional analysis remains the (absurdly simplistic) mainstay of GM food safety. The physical measurement of all the unconnected bits that come out of food after chemical breakdown in a test-tube (for example in strong hot mineral acid) will not tell you what your body actually gets from your food.
This is why, as a minimum safety requirement, GM foods and other novel materials used in food, require animal feeding studies for starters, followed by clinical studies, and subsequent careful post-market monitoring.
The danger is not just one of poor nutrition and lack of ability to promote health, but the danger that health-destroying qualities emerge from the digested products of novel foods.
Interestingly, Green tea also illustrates how intelligent your digestive system is: it prepares the food to make your body healthy. If you want to expand on this theme, check out INTELLIGENT FOOD – News, December 2010.
SOURCES

Email ThisBlogThis!Share to TwitterShare to FacebookShare to Pinterest
Labels: health