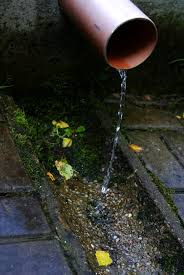 One concern about GM crops which European regulators have always taken seriously, is the possibility of the horizontal gene transfer of artificial antibiotic-resistance genes from GM food plants into strains of bacteria which cause human and livestock disease.

Antibiotic-resistance has been described as medicine's climate change: a modern day plague [1].

Historically, most commercial GM crops incorporated antibiotic-resistance genes as part of their development procedure, and many 'newer' GM crops on the market are little more than stacked versions of the old. Although there's been a shift to the use of other marker genes in GM crops for the US market, antibiotic-resistance genes continue to be present especially in GM consumed in 'lower resourced countries'.

It has been assumed that artificial DNA in the food we eat couldn't become a source of gene pollution because there's very little there as a proportion of the total, and because any DNA not degraded during digestion will be dealt with in the sewage works. A new study has put this assumption in doubt, with life-threatening implications.

When antibiotic-resistance genes were added to sewage sludge in a model treatment system, the artificial DNA didn't disappear as expected. Something, possibly sequestration on solid particles, preserved the DNA.

In addition, there was evidence of possible bacterial genetic transformation, and the sludge used in the experiment was found to contain maize marker genes, suggesting that crop-derived GM genes in food are passing through us intact.

Sewage now routinely contains low levels of antibiotics, and as the nutrients available to the bacteria deplete over time, the microbes there become stressed. These create a perfect scenario for the bugs to acquire antibiotic-resistance genes.

Half the biosolids from US waste water treatment is used as agricultural fertiliser. Once in the soil, DNA (including any antibiotic-resistance genes) can become stabilised by attachment to soil particles and potentially available for uptake by soil microbes. This spells out a large-scale, route for antibiotic-resistance genes to circulate through the environment and back to us humans and our livestock.

Antibiotic-resistance genes aside, there may be an even greater danger from new GM techniques which use RNA interference (RNAi) to silence unwanted gene activity [2,3]. Concern has already been raised that RNAi ingested in GM food could enter our bodies with negative health consequences. What disruption artificial RNAi circulating through the environment might cause to all forms of life has barely been investigated, but the findings so far are not encouraging [4].

Alert your regulator to this newly-recognised GM menace.