A tale of microbes, your gut and disease 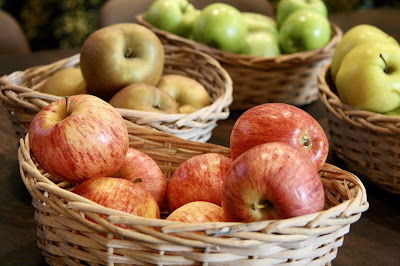 Scientists who have escaped the distortions of the reductionist mindset, in which 'life' is a mixture of chemicals dictated by genes, are beginning to recognise that organisms have two genomes*: the 'primary' genome is inside cells and is responsible for cell structure and function; the 'secondary' genome may consist of more genes than the primary one and is contained in the wealth of microbes inside and outside the organism, effectively a dynamic interface between the environment and the individual.

There's increasing awareness that the quality, proportions and diversity of microbe species in our gut is closely connected to health and disease. Disturbances in our digestive tract flora have been linked to numerous chronic diseases, for example, allergies, autoimmune disorders (such as type 1 diabetes), arthritis, obesity, cardiovascular problems, cancer, learning and memory impairment, anxiety, stress, depression, autism and dementia. Our gut bugs play a leading role in neutralising a huge range of environmental pollutants before they can harm us, and in keeping pathogens at bay.


Figuring out how the complex interactions of our (billions) of microbes influence health and disease has barely started, but one point emerges repeatedly: a high level of biodiversity is generally linked to good health. The composition and function of our gut bugs are, or course, influenced by what we eat and drink: they're altered transiently by the last meal, and in the long-term by the favoured diet. Both the nutritional content and the environmental microbes are vital components of our food.

There's a huge scope for current GM foods to affect the complement of microbes inside us.

Glyphosate herbicide, used on most GM crops, is touted as safe for animals and humans because it interferes in a biochemical process specific to plants. However, it harms several types of microbe in our gut because they actually share that same 'specific' plant biochemistry.

GM crops feature heavily in the base ingredients of processed food-like substances and additives which won't support healthy populations of bugs.

GM is the feed of choice for intensively reared, antibiotic-laden livestock at the basis of most meat-eaters' diets. Antibiotic exposure profoundly reduces gut microbe diversity and has been linked to asthma, Crohn's disease, and susceptibility to opportunistic infections.

The gastro-intestinal tract is known to be a very favourable site for horizontal gene transfer into and between microbes. Potentially, this could include GM genes (many of which are modelled on bacterial genes), and highly potent artificial regulatory DNA which in the wrong place could hugely disturb gene functions, plus antibiotic-resistance marker genes. Horizontal gene transfer is often considered a rare event, but scaled up to every cell in your food, and the odds might be skewed more towards the 'usual' end of the scale.

Of great concern is the heritable nature of the microbes inside us. The infant immune system needs exposure to the widest diversity of micro-organisms to maximise its protective function. This exposure derives largely from the mother whose gut bug diversity may well be compromised by poor diet, pollutants, and antibiotics. Studies in mice indicate that an inherited unhealthy intestinal flora can persist for two generations after a return to an optimal diet. Moreover, the infant small intestine itself is dependent on microbe colonisation for future normal function.

Today's younger generation is the first whose mothers have been exposed to GMOs and GM-related substances in their diet, and the first who might have inherited gut microbes altered by GM-related factors. In the last five years, the number of children admitted to hospital in the UK with severe allergic reactions has risen by 72%.

*Epigenetic changes are heritable, but reversible, biochemical attachments to the DNA which alter DNA activity.

Fresh, raw fruit and vegetables are a particularly important source of gut microbes. One of the most consumed fruits world-wide is apples. Yet, the bacterial communities we consume with an apple have only recently been studied. A paper comparing organic apples with conventionally-managed apples as consumed gave interesting results.

The organic apples were picked off the tree and taken for immediate analysis. The conventional apples were treated post-harvesting as follows: they were stored short-term in a controlled carbon-dioxide-enriched atmosphere just above freezing, then they were washed and wrapped in polythene.

The natural season for apples is about eight weeks from September. Treatments such as this extend their shelf-life for as long as eight months. Interestingly, the apples are referred to as 'fresh' no matter how many months they've been lying around, and the controlled atmosphere method of preservation is referred to by one major supermarket as "a natural way to safely store fruits until they are ready to be eaten" (shouldn't that read 'until someone wants to buy' old apples?)

What the scientists found was that overall microbe abundance was comparable in the apples from the two management regimes. However, diversity, consistency and composition of the microbial populations were distinct: in particular, the organic apples harboured a microbe profile linked to "favourable health effects for the consumer".


Note that the above catalogue of how GM foods may be contributing directly and indirectly to gut microbe changes and chronic disease doesn't include the biggest great unknown: unpredicted novel substances arising from the disturbed engineered genome in food plants that could generate all manner of unhealthy microbes in our gut. And it doesn't bear thinking about what effects the latest GM venture, 'RNA interference' [1,2], might do to the microbe populations inside us.

GM 'arctic' apples which don't brown and can lie in storage for a very long time could end up with an especially unfavourable collection of microbes to pass on to us.

Conventional apples rank near the top of the Environmental Working Group's 'dirty dozen' agri-chemical contaminated foods. These contaminants will alter the bugs in the apples and the bugs vital to your body.

Traditional wisdom has it that the healthiest diet is fresh, local produce. One reviewer of the links between microbes, humans and ecosystems has pointed out that scientific support for this notion may lie in the bug population in our guts.

Moreover, before the days of fancy food-processing, agricultural technologies and easy global transport, the seasonal changes in the microbes composition in the food available around us may have helped us adapt to the seasonal stresses.


Reductionist measurements of broad nutrient content can't distinguish GM from non-GM or conventional from organic food, but the all-important, but neglected, microscopic life they support and which in turn supports our health clearly can.

Do your body and all its bugs a favour by checking out your local farmers' market and organic food supplier.
Background: