Natural artificial organisms - whatever next! 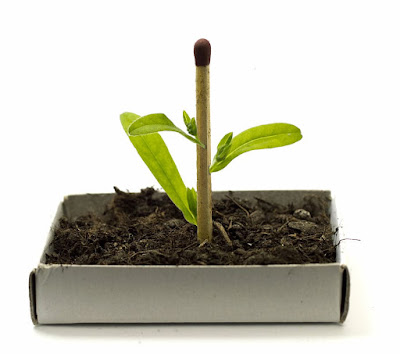 Definitions of 'transgenic':
Note the need for an artificial or engineered transfer, specifying that a human action as an essential feature.

Readers of GM-Free Scotland will be aware that genetic engineers don't 'move' genes from one species to another: they build DNA constructs using adapted, man-made DNA templates gleaned from multiple organisms plus the odd totally artificial sequence all cobbled together. The DNA creation is multiplied up in GM bacteria and then used, either to create a GM bacterial plant pathogen or to coat molecular missiles for a gene gun, which are used to force the novel DNA into the target organism.

Natural movement of genes between unrelated organisms, 'horizontal gene transfer', has been known for decades to have occurred during the evolution of many species. No one knows how, when or why it happened, but such transfers have clearly been beneficial because, thousands or millions of years later, they're still there. Of course, these survivors may be a tiny part of a very big evolutionary iceberg.

For the second time, scientists have tried to rebrand horizontal gene transfer as a 'natural transgenic' event. Their argument continues that humans have been exposed to 'natural GMOs' throughout history, and we're plainly stupid to be wary of the unnatural versions.

This latest semantic muddle has emerged from a study of the evolution of Agrobacterium, a bacterial plant pathogen which causes plant tissue overgrowth (galls) to feed itself, by inserting pathogenic DNA into the plant. Agrobacterium in GM form is used by genetic engineers to insert engineered DNA constructs instead of its own pathogenic DNA. This study identified signs that Agrobacterium species have, at some point in the evolutionary past, infected some six percent of flowering plant species (including food crops), leaving behind their DNA debris.

Most (possibly all) of the Agrobacterium DNA identified is non-functional, and some genes had been switched off. Yet somehow these plants, which appear to have successfully resisted the Agrobacterium attack leaving only the scars, "can be considered as natural genetically modified organisms (GMOs)".

It's hardly surprising that the inserted natural Agrobacterium DNA doesn't express itself because without the man-made promoters to force it into action and the man-made adaptations tailoring it to its new host, the bacterial DNA is at a disadvantage in a plant.

It's pure speculation, but it could be that all this inactive Agrobacterium DNA debris may be part of the natural artificial organism's genomic immune system: it may protect the plant from further attack by bacterial pathogens.

When we force our weird DNA constructs into our food plants we create artificial organisms with no history of safe use. The space and time scales involved in natural vs. artificial gene movements present an added risk because:

"When (horizontal gene transfer) occurs in nature, nature has a chance to react, respond and adjust over many millennia to initially very small descendant populations. When we do it, nature is immediately bombarded by millions of hectares of new organisms in only a few years" (Prof. Jack Heinemann).

It's also highly relevant that genetic transformation using Agrobacterium has been found to induce multiple disruptions to the integrity of the host cell's DNA [2].

Interesting how, at the dawn of GM foods, the very existence of horizontal gene transfer was denied, or dismissed as unimportant, but in the face of continuing and increasing consumer disquiet, is now being hyped as 'proof' that genetic engineering is natural ... and therefore safe ... and therefore nothing to worry about. The first such attempt, which didn't reassure consumers in the slightest, was in 2015 when a sweet potato was found to have acquired a gene by horizontal transfer [1]. As GM Watch says "either GMO promoters' memories are short, or they hope that if they repeat the same lies and half-truths often enough, people will come to believe them."

Just remember that there's no such thing as a natural artificial organism ... or anything else for that matter!