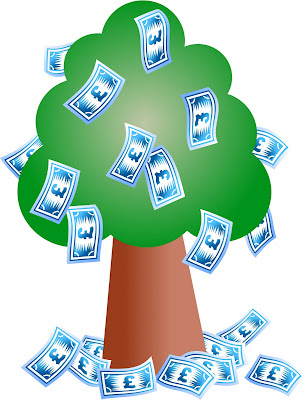 Much attention has been focused on gene drives to eliminate mosquitoes plus all the horrible diseases they carry [1], and to eliminate invasive small mammals plus all the havoc they wreak in foreign ecosystems [2]. The take-home message is that gene drives can be harnessed for the common good as invaluable tools in medicine and conservation.

Odd really, because the patents filed for gene drives are largely for agricultural applications.


Outside the media radar lie plans to eliminate insect pests and weeds, plans to speed-breed GM seeds and higher-yielding GM livestock, and even plans to convert whole bee colonies to a GM form which can be directed by light beams to the required crop needing pollinated, and plans to create GM locusts which don't swarm.

Steering clear of agriculture in the discussion and reporting of gene drives hasn't been an oversight.

"Mindful of the strong global opposition to genetic engineering in the food and agricultural sectors, promoters of this technology have stage-managed which of the narrowly-framed applications should be announced to the public and policy makers first so that proposals with greater likelihood of public support (those involving medical or conservation applications) lead and shape the public reception of the technology".

Included in the multi-million dollar grants from the wealthy bodies which are driving the gene drive*, are generous allowances for "public message testing, public engagement exercises, lobbying and communications activity", including influencing UN meetings. All of which makes for great PR, but bad governance.

So, what's the problem with gene drives that they need so much PR and desperately need good governance?

The living products of gene drives are GMOs effectively genetically engineered by their parents. Like all GMOs they carry the potential for unpredictable genetic, physiological and behavioural disruption. Like all living organisms, gene drive organisms (GDOs) have the potential to evolve. Gene drives are artificial, aggressive and fast: if the DNA change they're driving mutates in the field, some very unexpected traits could emerge and spread.

Once out there, a gene drive could move into a related species and continue its uncontrollable mutagenic chain reaction somewhere very undesirable. Gene driven traits are designed to change entire populations, and that means globally.

There seems little doubt that the first GDO to roll off the biotech industry production line will be a crop pest doomed to breed itself into oblivion: the foundational gene drive patent alone covers some 160 insects, molluscs and nematode worms. Targeting rats and mice for conservation of ecosystems won't ever turn a profit, but the promise of reducing the billions of dollars of rodent damage caused to crops, stored foods, agricultural machinery and livestock health certainly will.

Plant pests may well follow close behind, although so far, CRISPR doesn't work reliably in them.

Note, however, that the biotech industry doesn't intend to put itself out of business by making crop pests a thing of the past. When one pest vanishes, another one will come along and fill the gap creating endless scope for a treadmill of lucrative gene drive pests.

More profitable still, will be gene drive wild animals controllable with a proprietary co-product. The future picture is of GM wild organism genomes jammed with multiple competing gene drives all readily available for switching on their own death whenever someone pays for it.

And, what more lucrative tactic than a gene-drive to make all those annoying glyphosate-resistant weeds sensitive once more the the world's best selling herbicide, Roundup (active ingredient, glyphosate)? "With billions of dollars locked into existing chemical production facilities it makes more economic sense to manipulate weeds and pests to heighten their susceptibility to existing proprietary toxins".

Agricultural ecosystems may be large, artificial and uniform, but they still depend on many wild organisms to restore soil fertility and for pollination. What's viewed as a 'pest' in one context is nevertheless a vital part of plant fertility, natural food webs, natural decay, and natural nutrient cycles: take out or bend one cog in this intricate whole, and every cog may falter: take out cog after cog and, at some point our ecosystem will fall apart.

Besides preparing to inflict gene drives on our world, scientists are already developing more technofixes to fix the problems they know their GDOs will cause. Researchers are working, for example, on extra gene drives to drive a self-limiting blockage into the system after a few generations, or on the identification of locally unique DNA sequences to attach the gene drive to.

At a time when we should be moving away from the industrial chemical-dependent model of farming, gene drives pose an existential threat to the alternative systems, organics, non-GM and agroecological agriculture.

In a supreme irony, it's also proposed to create GDOs to wipe out GMO varieties of the past and thus clean up past GM pollution.


Note on Scotland's role in the gene drive scene.

Roslin Institute scientists are developing a gene drive rat they call the X-shredder (because it destroys X chromosomes, preventing females being born). They justify their gene drive work on agricultural grounds.

Livestock researchers, also at the Roslin Institute, are looking at gene drives to speed up 'genetic gain' (improved performance and therefore profitability) in, for example, pig breeding.


These ever-fancier technofixes to fix the last technofix might pacify the UN, the risk assessors and the consulted public, but they will almost certainly be 'leaky' and will leave a trail of junk and scrambled DNA permanently in their wake, all of which could evolve into something which comes back to bite future generations.

It seems our Rt. Hon. Environmental Secretary persists in the naïve notion that gene editing is simply "The ability to give Mother Nature a helping hand by driving the process of evolution at higher speed" and that we need "access to (GM) technologies the EU is turning its back on".

See if you can change his mind, or appeal to higher authorities to change the minister in charge.