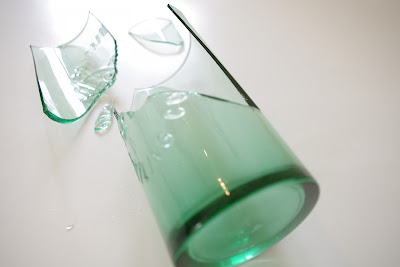 When the notion that "site-specific selfish genes" (able to copy themselves into a particular target DNA sequence) suggested the possibility of gene drives, a technique to rid the world of malaria immediately presented itself. The author who described this warned that the technology "is not to be used lightly, and that containment issues and the desirability of eradicating or genetically modifying a wild species "ought to be addressed during development" with "wide-ranging discussions".

Then came CRISPR [1], which can be designed to target any desired section of host DNA to bring about any desired molecular alteration there, and can be coupled to a gene drive.

In 2014, when CRISPR was still a "theoretical technology", its potential use in the control of mosquito-borne disease and of invasive species was immediately apparent. At the same time, scientists working on gene drives for altering wild populations called for "the thoughtful, inclusive and well informed public discussions to explore the responsible use" of the technology. They were clear that it is the responsibility of the scientists who are developing the gene drives to make all information freely available to the public.

Three years later, one of the same gene-drive scientists put his attention on the global scenario and did some mathematical modelling. He told researchers:


"we need to get out of the ivory tower and have this discussion in the open because ecological engineering will affect everyone living in the area".

The problem is that, gene drives being what they are, even a tiny escape from a test facility or from a supposedly contained area, such as an island, will end up somewhere else.

Gene drive organisms cause a mutagenic chain reaction down through the generations: they're designed to spread to the whole population, and the mutation they cause won't be stopped by geographical, cultural or political boundaries. What's a natural or invasive pest in one place may be a vital cog in the ecosystem in another.

Human global travel being what it is, small mammalian invasive pests (GM or not) will escape even from an island by the same route as they got there in the first place. Mosquitoes (GM or not) can be blown long distances by winds at upper atmospheric levels. History also shows that a useful 'tool', such as GMOs used for eradication of a pest in one area will be poached and released deliberately and without controls in other areas. As Friends of the Earth Australia's campaign co-ordinator said, the ecological impacts of a global spread of gene-drive mice "could be catastrophic".

Equally disastrous, in the event of a gene drive pandemic, could be the societal effects, notably international diplomatic confrontation, civil unrest, not to mention a breakdown of trust in science and government.

By early 2018, the United Nations woke up to the dangers of gene drives and started a deliberation.

In the meantime, an awful lot of gene drive initiatives for pest extermination have moved forward without public consultation: New Zealand is considering gene drive technology to help eliminate rats, mice, stoats and possums threatening its unique natural flora and fauna. Gates Foundation cash is pouring into gene drive technology to eliminate mosquitoes in Africa [2]. The US military [3] is funding a US/Australia collaboration proposing to release gene drive mice which produce only male offspring in six Western Australian islands and two US sites in the Pacific. Brazil has rushed through a resolution allowing the release of gene drive organisms, seemingly deliberately pre-empting the UN decision on them.

Unfortunately, the UN decision at the end of last year failed to call for a moratorium on gene drives. It did, however, call for strict risk assessments, and because the development of formal risk assessment guidance will take some years to work out, this will act as a temporary brake to the current headlong rush to release gene drive technology into the environment.

The UN also called for the consent of local peoples before any gene drive organism release. This puts power into the hands of alert local communities to protect their lands (and the lands of others) from gene driven destruction.

Not content with risking the safety and resilience of our food supply with the unpredictable side-effects of artificial DNA, we're now threatened with a fully predictable global ecosystem melt-down from GMOs we can't control. Check out THE ROSY FACE OF GDOs - Coming soon, February 2019.