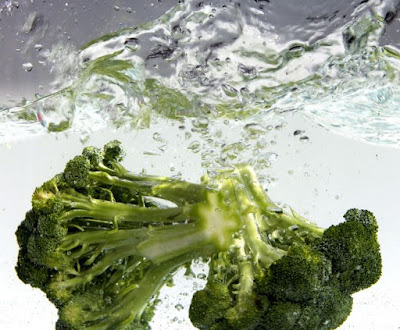 After a lot of moaning by food rights activists, the European Patent Office (EPA) reconsidered its ideas on the patenting of life, and in 2017 set new rules.

Following on from this (and a whole lot more moaning by food rights activists) the EPA revoked a patent it had granted five years previously on a new strain of broccoli.

The patent had been granted on a " Broccoli type adapted for easy harvest". Specifically, the edible 'heads' of these plants mature uniformly, stick up evenly above the leafy canopy of the plant, and have no leaves on the head stalk, so that they can be mechanically harvested.

Rights claimed in the patent encompassed the plants themselves, the seeds, the harvested "severed broccoli heads", and a "plurality of broccoli plants grown in a field of broccoli".


Objections to the patent were on the grounds that the broccoli strain had been produced by "essentially biological processes for the breeding of plants", that it wasn't "inventive" and, interestingly, that it was "contrary to morality and public order". This ethical concern is made clear in the Objection to Patent lodged with the EPA:


"Patents on naturally occurring biodiversity in plant breeding are an abuse of patent law because instead of protecting inventions they become an instrument for the misappropriation of natural resources. These patents block access to the genetic resources necessary for further breeding. Basic resources needed for daily life are subordinated to monopolisation and become a source of financial speculation."


The only GM angle of this novel broccoli is that one out of several options for the prevention of self-pollination and promotion of hybridisation could be the long-established use of GM male-sterile plants.

Since the machine-friendly broccoli is a hybrid whose parent-strains were developed by, and belong to, the company, it's not clear why it needed a patent, except as a vehicle to charge royalties on all stages of the broccoli production process.

However, it's clear that GM sowed the idea that life could be a patented 'invention', and now we're seeing the abuse of laws designed to protect the interests of creative individuals.

This won't be the end of the story: there are still "legal uncertainties" (a.k.a. loopholes) to be addressed, but without your pressure, politicians and regulators wouldn't be having any second thoughts about allowing commercial interests total control of your living food.