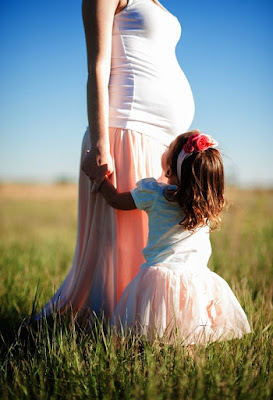 Disturbed by the higher incidence of birth defects he observed after moving to a mid-west farming state, one US paediatrician decided to investigate.  His research homed in on two of the most heavily used herbicides in the state: atrazine and glyphosate.  Atrazine is used on corn and soya crops, and has a habit of ending up in drinking water*.  Glyphosate is used on most GM corn and GM soya and has a habit of ending up everywhere [1].

So far, studies on humans have shown that if you plot the levels of atrazine in drinking water and birth defects, they fit each other "like a hat".  At the same time, glyphosate has been found in the body of "virtually every pregnant mother" tested in the state, and has been linked to shortened pregnancy [2].

Looking at rat experiments carried out in the US (atrazine) and Argentina (glyphosate), things become scary.
Atrazine-fed rat mothers were fine; their children were a bit light in weight; their grandchildren had an increased incidence of testicular disease; and 50% of their great grandchildren had "multiple diseases, emotional and physical problems, hyperactivity, abnormal sperm and premature puberty".

Increasing health defects down the generations are a sign that these herbicides cause 'epigenetic' effects, meaning heritable chemical changes in their DNA which don't alter the genes themselves or the DNA sequences but do alter their expression. The presence of epigenetic changes in the rats was confirmed by molecular studies.

Nearly twenty agri-chemicals have been tested, and all have been found to produce epigenetic effects.  Almost every chemical tested reduced fertility in the third generation of offspring.

These studies, which used realistic exposures to the chemicals make nonsense of the regulators' defined 'reference dose' which is supposed to be safe to ingest on a daily basis over an entire life-time.  They make equal nonsense of the industry-declared "no observed adverse effect level" (NOAEL) from which the reference dose is derived.

The paediatrician has pointed out that:

"the industrial world has reached the lowest level of fertility on record ... below replacement levels ... This is looking at your own species extinction".

These findings are tying in uncomfortably with others, for example: birth defects are running at twice the national average in GM soya and maize growing areas in Argentina [3]; deformities have been recorded in piglets after glyphosate exposure (Krüger); and the suppressed Russian study on rats fed commercial (glyphosate-sprayed) GM soya in which there was "a total absence of a second generation" (Ermakova).

Epigenetic effects of chemical cocktails will certainly raise the stakes, very possibly exponentially.  GM crops not only shore up the agri-chemical-based farming paradigm, but are set to foster a future of ever-expanding herbicides to which GM crops are made tolerant, plus artificial pesticides which GM crops have been designed to generate.

This is the best reason yet to get GM foods and agri-chemicals out of our lives, before they cause any more damage to future generations.  Suggest to your representatives in government that epigenetic studies over at least three generations of laboratory animals should become mandatory for any chemical you're exposed to.

* Note on atrazine
Atrazine is recognised as an endocrine disruptor, and its use is banned in the EU.