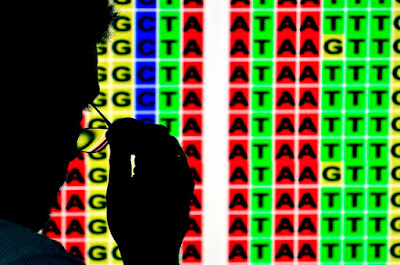 The European Commission (EC) is clearly struggling with the wealth of novel genome tweaking techniques streaming out of the laboratory.

Problem No.1 is finding a collective name for what it's trying to regulate. 'New breeding techniques' seems to be favoured despite the notable presence of manufacturing and absence of procreation in the techniques themselves [1]. Some new breeding techniques, such as CRISPR/Cas9 [2], are referred to as gene- or genome-editing giving them an aura of minor and precise correction. Concerned scientists and green organisations have no hesitation in calling them what they are: new GM techniques producing new GMOs which have much the same uncertainties, risks and potential for indirect negative impacts as the old kind.

A large part of the New GM technique definition problem is that the biotech industry is trying to pretend its products aren't GMOs. This leads to problem No.2 which is biotech industry suggestions that its New GMOs could arise in nature and are indistinguishable from organisms with naturally-occurring mutations, and therefore don't need any special regulation [3].

The European Network of Scientists for Social and Environmental Responsibility (ENSSER) is very clear that New GM techniques allow outcomes that may be unprecedented in human experience because, in short:
All this adds up to a need for extreme caution in any application of New GM technologies, and stringent regulation.


So what's being done to address all this in Europe?

In 2015, the EC established a committee, the Scientific Advice Mechanism (SAM) to inform itself about New GM techniques. SAM's report was published in April 2017.

Citizen's information watchdog on GMOs, 'Inf'OGM', was not impressed with this report. It noted scientific fuzziness in the definition of New GM technologies, plus scientifically unsupported opinions, and panel bias. There seemed to be a disturbing tendency for SAM to present problems in an editorial style which minimalised them. And then forget them.

Inf'OGM particularly took issue with SAM's statement that "it is generally impossible to distinguish the cause of such changes as natural or resulting from the employment of any breeding technique". The very precision of New GM technologies makes them fully identifiable provided that details of the manufactured changes have been notified . Added to this, New GM technologies always leave behind them a foot print of unintended mutations which can be tracked with an analysis based on a matrix approach.

GM Watch has reported that the EC has repeatedly refused offers of help to develop detection methods and to establish New GMO detection protocols as was done for GM plants in the 1990s and early 2000s.

We have the technology. All that's needed is the will to detect the novel, novel organisms, and regulation to ensure industry reveals exactly what it's doing to the genomes of anything which becomes our food. To achieve this, we first need a cash flow to the right scientists in the right laboratories: ASK for it. The future quality, safety and sustainability of your food depend on it.