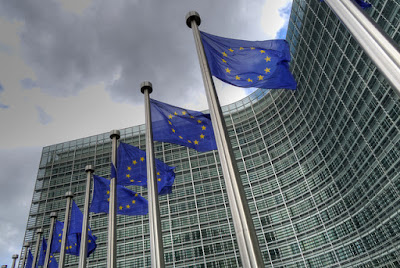 Just to add fuel to the fire of how to define 'new breeding techniques' in a way useful to their regulation or non-regulation [1], the European Court of Justice published a preliminary Opinion at the beginning of the year.

The Court was asked to clarify the scope of GMO Directive 2001 which was put in place before the plethora of new breeding techniques had emerged, plus the validity of the Directive's 'mutagensis exemption'. This exemption was designed to exclude from GM regulation the old fashioned random mutagenic techniques such as the use of radiation and toxins to induce DNA damage, probably because it would be a regulatory nightmare to treat the outcomes of old-fashioned random mutagenesis as GMOs after decades of use. Thus, at the time the Directive was drawn up, only those plant and animal breeding methods considered to have a long safety record were exempted. However, now that we have targeted mutagensis (gene editing techniques), the 2001 Directive has become blurry on the subject.

Although things could change by the time the Court makes a final judgement, it seems that mutagenic techniques in any form are only exempt from GM regulation "provided that they do not involve the use of recombinant nucleic acid molecules"*. This isn't much of a limitation: it certainly won't exclude the most popular new breeding techniques such as CRISPR [2] from regulation as GMOs.

It is observed in the Opinion that the GM Directive 2001 "does not require the insertion of foreign DNA in an organism in order for the latter to be characterised as a GMO, but merely says that the genetic material has been altered in such a way that does not occur naturally."

If this Opinion stands, it is incredibly important for our safety, because the products of most new breeding techniques will be regulated just like the old, and will have to undergo environmental risk assessment before release and will be subject to traceability, labelling and monitoring obligations.

There will, no doubt, be further argument about what does or does not 'occur naturally' and about what counts as a recombinant nucleic acid technique.

Interestingly, the publication of the Opinion gave us a chance to see fake news springing into being from sources which should be reliable. The very wordy headline of the press release stated, rather alarmingly "According to Advocate General Bobek, organisms obtained by mutagenesis are, in principle, exempted from the obligation in the Genetically Modified Organism Directive". Unable, it seems, to read beyond the headline, the media and biotech bods were quick to claim the court was backing regulatory exemption for gene editing. A spokesperson at John Innes Centre (an institution with a hefty stake in GM) said that the Opinion "will hopefully encourage further use of valuable new technologies in the production of improved crops".

You might expect a court press release to have a less misleading headline.

The main points in the press briefing mentioned above are emphasised in un-missable bold lettering, but aren't presented until the second half of the two-page document. It seems the Court media department over-estimated the attention span of journalists and biotech scientists which seems to be about 22 words and isn't going to get them beyond the headline.

If you're feeling very cynical, you might have fun speculating on whether the apparent communication failure of the Court was deliberate and, if so, why?

* Recombinant nucleic acid molecules refers to engineered DNA or its functionally and structurally related molecule, RNA, both of which consist of chains of nucleic acid units.