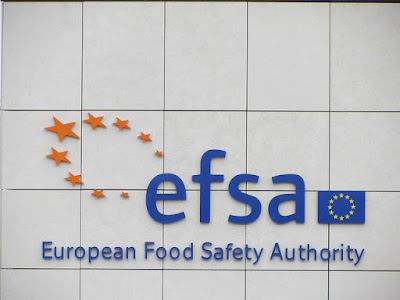 The EU probably has the most detailed, carefully drafted and thought-out GM regulations in the world. All Member States can give their opinion during the GM approval process, and the precautionary principle underlies it.

New biotech crops on the market come stacked with multiple artificial genes*. In such cases, even if the 'parent' single-trait crops have already been accepted, the EU quite rightly considers the crop to be a new GM organism needing its own regulatory approval.

How the EU system works in practice, however, is less impressive.

Despite concerns raised by France, Germany, Austria and Belgium that GM maize, 'MON89034', could cause adverse health effects, the European Food Safety Authority (EFSA) gave it a favourable opinion, and the European Commission approved it in 2011. Since then, nine stacked maize varieties bred using MON89034 have been approved.

Doubts about the safety of MON89034 have arisen from the results of industry feeding studies. These found two out of twenty female rats fed a high dose of GM chow (33% of the total diet) developed signs of chronic progressive kidney disease, including cell proliferation (which can be a pre-cursor to cancer), inflammation and water retention. Both rats had bladder stones likely linked to the kidney tissue abnormalities observed. One of the affected rats died after two weeks on the GM diet.

Concerns have also been raised that the entirely synthetic gene product in MON89034 had a degree of similarity to a major allergen in kiwi fruit, and that the same two females with bladder stones had a low thyroid/parathyroid weight. Further testing of the crop was requested, and refused.

Doubts now extend to the safety of the stacked strains derived from MON89034.

Protein profiling (proteomics) has shown protein changes in gene-stacked crops which don't exist in the single-trait parents, and which indicate GM-induced disturbances in the energy and detoxification biochemistries. While the total Bt toxin load per plant is, of course, much greater in the multi-trait offspring than in any of the parent plants, it's been found that individual transgene expression is reduced by as much as 41% once they've been stacked with others (see Note).

What all this adds up to is stressed plants which may lack resilience in the field, may generate unhealthy by-products, and are certainly not the sum of all the Bt 'parts' which went into their manufacture [1]

How was the EFSA able to ignore all these safety concerns and approve stacked GM crops without requiring lengthy feeding trials?


It's clear from the scientific literature (Kuiper et al.) that the top brass in the EFSA are not in favour of long-term feeding tests using whole GM foods. The tactics described above seem to be a way of avoiding these tests which are most likely to indicate harm without actually saying so, and without appearing to break their own rules.

On the other hand, maybe the EFSA is just trying not to displease the biotech industry?

None of these science-avoidance tactics are justifiable when your health and the future safety of your food is at stake.

*In 2014, stacked GM cotton reached almost 80% of US cotton plantings, while stacked GM maize made up 76% of the planted maize area there.

Note. This reduction in Bt production may be a result of a number of unpredicted effects. For example, the energy burden (bio-burden) on the plant of being forced to produce so much foreign protein, and/or the presence of duplicated artificial DNA sequences in different added constructs which could be silencing each other.