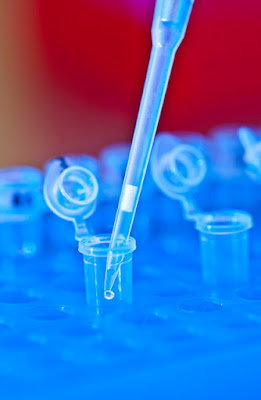 It seems the 'CRISPR' gene editing tool, hyped as so precise in its action that all previous concerns about GM side-effects could be swept aside, is not all it's cracked up to be [1].

In reality, man-made CRISPR constructs can roam around the genome snipping sections of DNA you really don't want to damage. Such so-called 'off-target' effects can disable a vital gene completely or impair its functioning, and the outcome can be dire.


Wishful biotech industry thinkers built CRISPR constructs with nucleic acid sequences* designed to bind to, and cut, specific bits of DNA. But in reality they can recognise, bind to, and cut bits of DNA which are simply similar. Scientists are beginning to realise that the nucleic acid sequence is only a part of CRISPR's ability to recognise its target.

It turns out that, besides homing in on perfectly matching target DNA, CRISPR can take stock of the nature, number and position of any nucleic acid mis-matches, and conformational changes in the CRISPR molecule are also involved.

A moment's thought about what CRISPR's intended function is in its natural bacterial context explains its apparent ability to generalise its DNA recognition process.

Bacteria which have survived a viral attack can store some genetic material from the virus in their own genome. This built-in viral DNA acts as a genetic memory which is passed on to future generations. If the same virus attacks a descendant of the bacterium, the DNA memory recognises it and sends out a CRISPR to 'seek and destroy'.

In real-life, the precise recognition of a virus isn't going to be useful for long because viruses evolve very rapidly.

Hence, the bacterial CRISPR system is designed to identify approximations of the virus too, so that future immunity is taken care of.

Put another way, CRISPR is actually not naturally designed for the precision which genetic engineers thought they could tap into.


CRISPR seems to be predisposed to imprecision. This is bad enough when it's being used to create GMOs which become our food, but even scarier when it's the basis of a gene drive intended for spread itself through some unsuspecting population of organisms in the ecosystem [2], or is being used for DIY genetic engineering as a home hobby [3].

Perhaps this is a good time to tell regulators to call a halt to CRISPR.

* The 'NA' part of DNA stands for 'nucleic acid’: DNA is a chain of different kinds of nucleic acids in which their sequence forms the code of a gene. Certain nucleic acids can pair up with each other and this forms the basis of CRISPR's recognition of specific sites in the DNA chain.