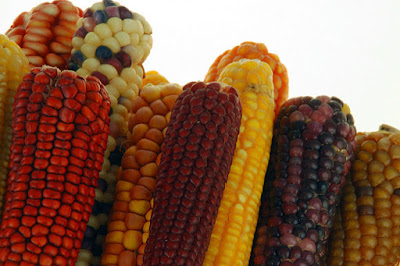 One of the early embarrassments for the biotech industry was the publication of a study in 2001 which reported GM contamination in Mexican traditionally bred maize varieties (landraces - see Note).


Mexico is the centre of origin of maize and an important reservoir of genetic diversity of the species. To preserve this valuable and irreplaceable resource, the cultivation of GM maize has been banned there since 1998.

The unwelcome finding of contamination was met with a slew of pro-GM publications casting doubt on its validity by criticising its methodology.

By 2009, one follow-up study by the same team, four further published studies and several unpublished, non-peer-reviewed surveys by Mexican government authorities and NGOs had reached varying conclusions. Because each of these investigations used different detection methods, different test materials, different sampling strategies, different years, different locations, and different limits of detection (i.e. a different definition of what actually constituted a positive or negative finding), they failed to resolve the issue in any useful way.

With the ongoing distraction about whether or not GM contamination had actually been proven to be there, no one was giving any attention to another vital aspect of any GM presence: how might it have arrived there in the first place?

After an eight-year lull in the science, a new study has revealed that the presence/absence question and the 'how' are closely intertwined. Put another way, looking sometimes in the right place and sometimes in the wrong place is going to give you inconclusive results.


*More that 80% of farmers in both communities didn't know about GM maize or had just heard about it. There was no awareness as to why they shouldn't use food or feed maize if they were short of saved seed to replant.

Perhaps predictably, low-level GM contamination was found in 20% of samples from community 'A' in which a small but clear route of illegal GM planting was ongoing. No evidence of GM contamination was found in community 'B' where the landraces were protected by their remoteness and by social practices. If you sampled such remote areas only, you would think Mexican maize was GM-free.

The search is further complicated because GM contamination, where it occurs, will be at low levels after dilution into the landraces. Low levels of GM contamination are technically difficult to measure. To add to which, GM contamination in a highly varied background like a landrace is even more difficult to measure. Moreover, if an artificial gene has become a stable part of a landrace genome, it could become altered during subsequent breeding making it 'invisible' in DNA testing. Looking to the future, as new artificial genes and new versions of gene editing are introduced, contamination assessment of the increasing diversity of GM will become impossible.

All this brings us back to the 'varying conclusions' of 2001-2009 surveys, and failure to resolve the question of whether Mexico's landrace maize is being compromised by GM contamination.

The ability to detect transgenic constructs is a pre-requisite for effective risk analysis, regulation and monitoring of GMOs. Detection methods rely on knowing what DNA you're looking for: these data are frequently concealed as 'confidential business information'. So far, routine tests for presence of an artificial DNA sequence have been tailored to highly homogeneous, hybrid plants chock full of multiple copies of the novel DNA, not low levels of DNA in a complex, variable and changing background. Moreover, testing procedures have never been coherently standardised, and are geared to the limits of detection needed for correct labelling in the target market; they're therefore based on legal requirements, not science.

Faced with a GM presence diluted and possibly altered in a diversity of genomic backgrounds, the means to detect it simply haven't been developed or established: not detecting GM in a landrace sample offers no guarantee it's GM free.

The state of the science in 2017 is that it is "widely assumed that (GM contamination) s likely to be present ..."


It's hardly surprising the science searching for GM contamination in Mexico's landrace maize has come up with such variable, and therefore inconclusive, results. It's also clear that this problem can only escalate over time, even if Mexico successfully continues to fight off US biotech industry pressure to sell GM seed there.

There's an urgent need to follow the recommendations made by the GenØk Center for Biosafety scientists who reviewed the literature on detecting GM in Mexico. These include:
Mexico isn't the only centre of biodiversity of an important plant we need to conserve for future generations. (Hint: the United Nations process on biodiversity is where this needs to start).

Mexico has 49 landraces, i.e. distinct strains of maize improved over time by traditional methods. The crop is a staple part of the diet, and has a unique place in Mexican culture with thousands of individual varieties often tied to specific indigenous groups and religious ceremonies.