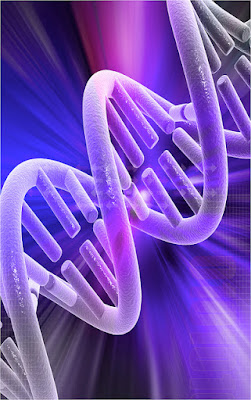 The threat posed by gene drives to our environment, our health, our food supply, our livelihoods and our peace appears to be from the enemy within.

Gene drives are created using a relatively simple and cheap molecular technology, and are designed to cut-and-paste themselves into specific locations in the genome of a target organism. Because of a gene drive's unnatural self-spreading properties, the genetic disruption it causes ends up in all offspring and becomes ubiquitous in the population within a very few generations. If the gene-drive is incompatible with survival or reproduction, it will drive the target population to extinction.

The technology is being touted to the public as a conservation measure to eradicate invasive species such as mice, or as a public health measure to eradicate diseases vectors such as mosquitoes. It's being promoted by the philanthropic Bill and Melinda Gate Foundation which has bank-rolled PR firm "Emerging Ag" to the tune of $1.6 million to counteract possible interference from regulation and to "fight back against gene drive moratorium proponents" (Latham).

Regulation of all things GM is certainly something we struggle with. Currently, the United Nations convention on Biodiversity (CBD) is the only multilateral process addressing gene drives. It's doing this through an Expert Group* tasked with creating a formal set of recommendations to help governments avoid potential negative impacts on biodiversity. The Group's recommendations are supposed to draw from the discussions of an online forum of experts.

This approach seems very appropriate because gene drives are designed to create uniformity or extinction, both of which are anti-ecological and both of which violate the fundamentals of evolution.

Back in 2016, several NGOs predicted that gene drives constitute "such an omnipotent power to control nature" that they would be "immensely tempting to those who may not be constrained by common decency or common sense" [2]. Was this really a vision of the future, or merely alarmist?

Certainly, it would be impossible to predict or realistically risk-assess the environmental consequences of a gene drive [3].

In December 2017, e-mails released under open records requests revealed that the US military has pumped $100 million into gene drive and associated gene editing technologies. In fact, it seems the US Defense Advanced Research Projects Agency (DARPA) is the largest single funder of gene drives on the planet.

In line with its national security remit, DARPA's interest in gene drives lies in ensuring a capacity to control and counteract "unwanted gene editing activity", including removal of engineered genes from environments to "return to baseline". Curiously, DARPA has also assumed the role of enabler of gene drives by providing the tools to clean up the mess. And, since regulatory policy and public outcry might also stand in the way of these technologies, DARPA has adopted a political agenda to "aid policy-makers" with "models for incorporating stakeholder engagement into future decisions" on their use, while informing the conversation by helping people to understand them.

Somehow, this puts the Gates Foundation's rather military-sounding PR support to 'fight back' against gene-drive controls in a different perspective. Gates' chosen PR firm, Emerging Ag, describes itself as "a boutique consulting firm providing communications and public affairs services"; its president and founder is a former international communications director of CropLife, a global lobby organisation for the biotech and pesticide industries. The primary function of Emerging Ag was to recruit gene-drive-friendly academics to feed gene-drive-friendly views into the CBD online forum. Recruits received daily briefings and instructions from Emerging Ag on how to influence the discussion.


The military concept of cleaning up edited genes and 'returning to baseline' is a military-style illusion: if the contaminated organisms are gone, they're gone. If any such organisms survive to be rescued, some genomic disruption will remain in future generations.

While the UN recommendations are being actively biased in favour of gene drives by an American PR company, we have the US military working at the level of the science, the government and the public to promote the very thing it's supposed to be protecting its nation from.

On this scale, any problems from gene drives are more likely to arise from accidental misuse on home territory than from any genetic warfare. The enemy within indeed.

This information emerged from 'The Gene Drive Files' which consist of records recently released in response to US and Canadian open records requests by Edwards Hammond/Third World Network plus additional records access by the ETC Group.

'The Gene Drive Files' can be found at http://genedrivefiles.synbiowatch.org/. Please take note of the information providers (readme file) in proper citation of the records.

Regulators' attention should be drawn to these files.