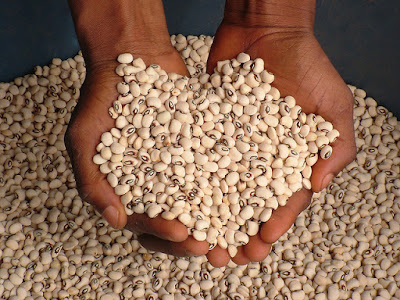 "the Gates Foundation is in effect preparing the ground for (the biotech industry) to access new profitable markets in hitherto closed-off developing countries, especially in Africa. The Foundation is especially pushing for the adoption of GM in Africa."

Gates has an aggressive corporate strategy and extraordinary influence across governments, academics and the media. It seems that, shielded by its unarguable philanthropic purpose, and by its connections to corporations and international development agencies, or its self-created 'partners' [1], and by the loyalties required to gain and retain its funding and patronage, healthy dissent and criticism have been stifled.

So what's happening on the ground in Gates' GM-Africa?


We know about the GM golden vitamin-A enriched bananas which have been a non-event in Uganda [2].

African countries are under intense pressure to adopt GM commodities, cotton and maize, but so far only South Africa has succumbed to both.

In light of the increasing demand for non-GM food in the US and Europe's rising rejection of GM crops, the Ghana Export Promotion Authority (GEPA) is warning that:

"The potential economic harm would be incalculable if Ghana were to be labelled a GMO haven exporting GM crops to the world".

Burkina Faso started growing Bt insecticidal cotton in 2008, and, in terms of the number of GM growers, became Africa's most significant adopter of this GM crop. What it's growing is bollworm-resistant cotton created for it by Monsanto who back-crossed it's own prime brand of GM seed with local Burkina Faso varieties. Studies have shown increased yields, 50% more profit (despite the high cost of the biotech seed), and pesticide sprayings reduced from six to only two. Many farmers enthusiastically adopted the GM cotton which was celebrated as an example of how GM crops can help poor farmers.

Unfortunately, seven years down the line, Bt cotton is being phased out in Burkina Faso because the lint in the vast amounts of GM cotton being produced is too short for the machines to extract: this inferior quality means lower prices for the cotton companies who are now demanding farmers ditch GM.

Besides the established GM offerings, the biotech industry has got its hands on a particularly African staple, the cowpea. Ghana, Nigeria, Burkina Faso and Malawi are set to grow 'Bt' cowpeas resistant to the pod-borer (one of the crop's six major pests).

Cowpea is one of the most ancient crops. In Ghana, 43% of farmers ranked the crops as the most important source of food. It provides a source of protein in the "hungry period" at the end of the wet season as well as important nutrients such a folic acid, calcium, zinc and iron, many of which are lacking in cereals. It is a very versatile grain used in many culinary forms. Also, it is an important woman's crop, an important food for children (both the leaves and the beans can be eaten), and is used for animal feed. Because it fixes nitrogen, is drought-tolerant, shade-tolerant, and can be intercropped with all other staple crops, cowpeas are very important to farmers.

Wild varieties of cowpea can freely hybridise with domesticated varieties, making the spread of a patented trait uncontainable


No mention, of course, of the safety of the Bt protein, of the antibiotic-resistance gene GM cowpeas contain, nor of the whole novel food or feed.


Scarily, the Gates Foundation believes that "the role of philanthropy is to take risks where others can't or won't". The biotech industry if struggling to get its GM foot in the door in Africa, so it's using a little help from its philanthropic friend. Those put at this risk by this philanthropy are the people of Africa, and the risks are to their health and to their future.