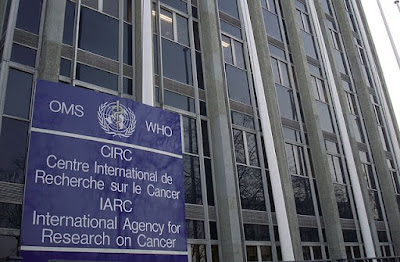 March 2016 could prove a turning point for the fortunes of 'glyphosate', the weed-killer which has provided leverage for the commercial production of 80% of current GM crops, and is worth $5 billion to its major manufacturer.

It seems to have started with a spat in 2015 when the World Health Organisation's International Agency for Research on Cancer (IARC) concluded that the strength of the scientific evidence indicated that glyphosate is a "probable carcinogen" [1].

The IARC conclusion was published just at the same time as the European Food Safety Authority (EFSA), which was preparing to re-licence glyphosate, declared it "unlikely" to be carcinogenic.

To understand how two such authoritative bodies could arrive at such opposing conclusions on the scientific evidence, all you need to do is look at the actual evidence considered by the two.


The IARC reviewed around 1000 published studies and selected 269 which contributed meaningfully (in terms of quality and reliability) to its weight-of-evidence approach.

Contrast this with the EFSA's selected evidence which consists mainly of a small number of confidential, industry-provided studies with unidentified authors and using outdated assays [2] to provide the minimum data necessary for marketing its pesticidal chemical in any form. The EFSA creates its own criteria for acceptable studies which effectively excludes data from real-life models using glyphosate-based formulations we're actually exposed to, and data based on up-to-date methodology. It seems that, if all else fails to put glyphosate in a good light, irrelevant historical controls are allowed to drown out inconvenient results. The EFSA makes no attempt to weigh the strengths and weaknesses of the information, but bases its decision on a simplistic count of 'positive' and 'negative' findings.

Needless to say the IARC became the immediate target of the pro-GM lobby, and became so miffed at the scale of the attempts to discredit its work [3], that on 1st March 2016, it published a Q&A on glyphosate which makes it very clear that the scientific evidence shows glyphosate, even in pure form, can be linked to cancer.

Glyphosate-attitude shift number one arose from the IARC/EFSA evidence mis-match due to whether the focus chosen was glyphosate formulations or on pure glyphosate. The difference in toxicity of the two can be thousand-fold [2]. Mounting criticism of Europe's failure to assess the safety of what people are actually exposed to led the European Commission (EC) to promise to begin looking at the toxicity of pesticide co-formulants.

Glyphosate-attitude shift number two arose from the mounting evidence that the herbicide has a capacity for endocrine disruption (which is linked to some forms of cancer). The EC has declared its intention to prepare a long-overdue list of criteria for defining endocrine disruptors. This should be ready by the summer, and will be based on the level of scientific certainly used by the WHO to classify a suspect substance as 'verified', 'presumed' or 'suspected' of being an endocrine disruptor.

Glyphosate-attitude shift number three arose from increasing concerns over the lack of transparency in pesticide assessments. EU health commissioner, Vytenis Andruikaitis, has indicated a new will to "change the rules" which allow industry studies submitted to support regulatory authorisation of pesticides to be kept secret.

In the background of all these shifts was the publication of large real-time study into the presence of glyphosate in people. Out of 2,009 German citizens monitored, 99.6% had glyphosate in their urine, 75% of which were at levels five times higher than the maximum legally allowed in drinking water; the greatest values were found in rural populations, meat-eaters and children up to age 19.

In March, the EC was expected to rubber-stamp re-licencing of glyphosate for the next fifteen years with a quick affirmative vote, but it found itself with a mutiny on its hands.

Nine countries declared or intimated they would oppose the re-approval, plus there's a petition signed by half-a-million people urging rejection of the herbicide, and a Yougov poll of 7,000 people across the EU suggesting that two thirds of Europeans support a ban on glyphosate.

Germany, which is the EU rapporteur state for glyphosate and therefore was responsible for putting the herbicide forward for its original authorisation fifteen years ago, and also for the current re-authorisation under deliberation, is now sitting on the fence due to disagreement between its environment and agricultural ministers.

The Netherlands is calling for the decision to be put on hold until there has been a separate evaluation of glyphosate toxicity, and both the European Chemical Agency and the WHO in conjunction with the UN Food and Agriculture Organisation now have studies in progress on glyphosate safety.

The Commission finds itself caught between a rock and a hard place. Glyphosate's EU licence runs out in June and there's a powerful industry and farmer lobby clamouring for its re-approval. It looks like it will have to decide between protecting the health of the people and protecting business.

In the event, the Parliament has given the Commission a temporary bolt-hole, and has voted for a 7-year professional-use only reapproval of glyphosate. It also wants strict limitations on pre-harvest applications, and no use in public places.

And the EU's a dysfunctional pesticide review system is in a spotlight.

Apart from the glyphosate ubiquitous in our bodies and our environment due to its use in both rural and urban areas, it is rising through our food-chain from GM-fed livestock. The measurable adult/child glyphosate excretion difference confirms that some sectors of the population are especially vulnerable to exposure to the herbicide.

Tell your MEP not to let the EC get away with assessing pesticide additives separately, banning a few and carrying on with business-as-usual: each complete pesticidal formulation we are exposed to must be tested.