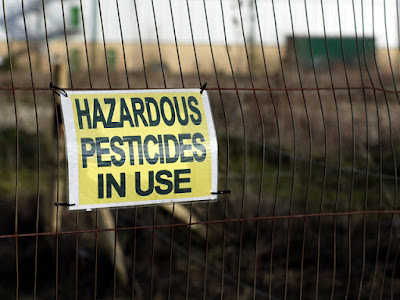 A paper which puts the whole world-wide glyphosate situation into perspective has been published.  This summarises and graphically illustrates the trends in use of the herbicide since it was first commercialised in 1974 to the latest figures available, 2014.


Over the forty years of its commercial existence, both agricultural and non-agricultural uses have steadily increased. The really dramatic upward trajectory , however, only happened when glyphosate-tolerant GM crops hit the market.  For example, "Nearly 67% of total agricultural glyphosate use in the US since 1974 has occurred in just the last 10 years." and GM herbicide-tolerant crops "now account for about 56% of global glyphosate use".  Indeed, glyphosate has become the most heavily applied pesticide in history, both in the U.S. and globally.

The factors driving the increase include, of course, area of GM planted and variety of GM crops available, boosted by glyphosate use in no-tillage and conservation-tillage systems.  Use of the herbicide typically follows a pattern of rising intensity of applications (both number of sprays and concentration of the herbicide in the spray) in response to failing weed sensitivity and eventually total resistance.

A further spur to glyphosate use was the drop in price after 2000 when its global patent expired and dozens of companies began producing their own glyphosate and formulated products.

Non-GM agriculture uses, such as pre-harvest 'green burn-down', have become increasingly common since the mid-2000s, encouraged by regulatory approval of ever-higher permissible glyphosate residue levels in food and feed.

All this is adding up to ever-more glyphosate and its derivative 'AMPA' in the air, soil, water, food and feed.  And growing public concern about its safety.

Glyphosate studies suggest the herbicide triggers or enhances chronic degeneration of the kidneys and secondarily the liver, and that it is an endocrine disruptor.  Evidence seems to be mounting of glyphosate neuro-toxicity [1], while the World Health Organisation (WHO) cancer expert body has classified it as a 'probable carcinogen'.

Taking the hint from the public disquiet, the WHO analysis, and the number of private companies, academics and consumer groups who have started commissioning their own glyphosate tests on everything from human and formula milk, to honey, and cereal (and have got positive results), the US Food and Drug Administration (FDA) has announced plans to start testing.

Having ducked the issue for over forty years with claims that glyphosate testing is too expensive and is unnecessary for protection of public health, the FDA seems to have discovered "streamlined methods" which can, after all, be applied.  No doubt it's also realised that public concern has reached too high a level to be ignored.

First off for FDA glyphosate testing, will likely be soyabeans, maize, milk and eggs.

Take note of the effect of complaining consumers on the will to start testing, and the ease with which technical obstacles can be dissolved when the will is there.

Now that the FDA is beginning to take the glyphosate problem as seriously as the public it's supposed to be protecting, perhaps it will extend its testing to the glyphosate inside the public.  And it might even stretch to life-long animal studies actually designed to check out the problems rather than to prove safety.

Email ThisBlogThis!Share to TwitterShare to FacebookShare to Pinterest
Labels: glyphosate, health, no till agriculture, pesticides, safety