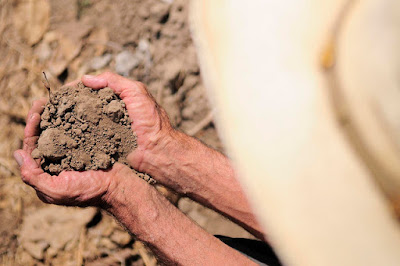 Biotech industry claims that GM crops are climate-smart are not new.

Herbicide-tolerant crops have been successfully hyped as enabling no-till farming to promote carbon storage in the soil and saving carbon release from fossil fuels.  It's a good story, but doesn't stand up to scientific scrutiny: even without tillage, little carbon actually stays in the soil long enough to be considered sequestered [1], and all commercial-scale GM crops are inherently dependent on fossil-fuels to supply the necessary agri-chemicals and run all the machines.

Lots of attempts have been made to create GM crops with 'climate ready' traits to resist the environmental stresses, such as extremes of water availability and temperature, arising from climate change.  These have generated hundreds of patent applications, but only one GM crop (DroughtGard maize) which, it seems, has unreliable stress tolerance and unreliable yield.

The basic flaw in GM for stress tolerance is that the artificial traits are a strain on the plants' physiology.  While natural genes co-ordinate with each other and the environment to achieve the necessary protective responses, artificial genes are stand-alone interfering tyrants.  Since the environment, and the actual stresses, change every year, the novel genes will more often be a hindrance than a help [2].

Undeterred, synthetic scientists [3] have come up with a high-tech answer: they're busy creating plants with added stress-tolerance genes which can be switched on by the farmer when needed using agrichemicals.  The agrichemical involved can be any commonly-used herbicide, pesticide or fertilizer.

This is simply biotech 'business as usual'.  It is a fundamentally unsustainable agricultural system, doing no more than building on the success of the herbicide-tolerant GM crops introduced in the 1990s.

One US agriculture researcher has concluded that the "real goal" of "climate-smart" synthetic crops "is to find a use for the technology".

Her work in the subtropics investigated low-cost (patent and fossil-fuel independent) approaches to environmental stress using local knowledge and resources.  Attention to the soil, such as cover-crops to limit heating and reduce water-loss, organic fertilizers, plus rainwater harvesting and crop diversification, gave increased yields and production across the board.

At the time, GM drought-tolerant maize wasn't available.  If it had been, she points out "At best, the (GM) crop would have needed slightly less water and the yield might have been maintained or even increased a little.  No other crops could have been grown since the soil would have remained degraded, and irrigation would have still been required", adding "This kind of GM maize has since been developed at a cost of millions of pounds."  She concludes that "GM is simply a manifestation of the ... misguided industrial mind-set, a mind-set that tries to control nature rather than work with it ... It's not as if there aren't better ways of achieving the same result".

Add to all the above that GM crops (even the fancy ones pretending not to be GM [5] are a dangerous distraction [4].

Remember GM crops can still only happen if you, the consumers, buy them.